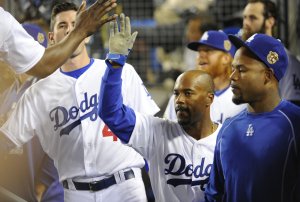 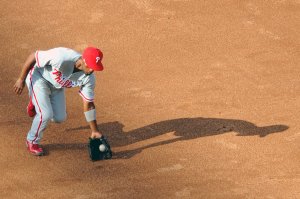 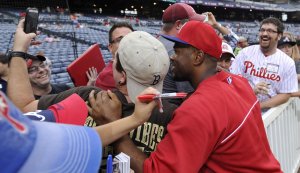 MLB // 2 years ago
Rockies going full throttle vs. Phillies to bolster playoff hopes
DENVER -- As a result of being forced to alter their rotation, the Colorado Rockies will start Chad Bettis on Tuesday in what will become a bullpen game against the Philadelphia Phillies. 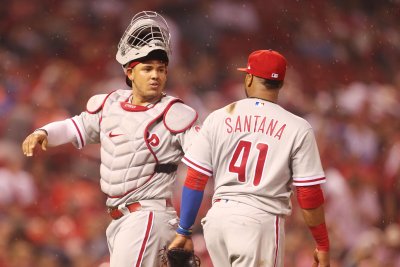 MLB // 3 years ago
Nola, Phillies square off with Giants
Aaron Nola has spent the first five weeks of the 2018 season establishing himself as one of the best starters in the National League.

MLB // 4 years ago
Philadelphia Phillies hang on to beat San Francisco Giants, 9-7
PHILADELPHIA -- Manager Pete Mackanin said Saturday he hoped struggling hitters Maikel Franco and Odubel Herrera were getting back on the right track for his Philadelphia Phillies

Though Rollins has developed into a five-tool player during his career due to significant increases in his power hitting, he is perhaps best known for his baserunning skills. He stole at least 20 bases every season from 2001 to 2009, with a career high of 47 in 2008. In this respect, Rollins emulates his childhood baseball hero, Rickey Henderson.

Rollins comes from an athletic family. He grew up watching his mother play competitive fastpitch softball, and credits the experience for helping him develop a cerebral approach to the game; he has been described as having "a near-photographic memory of games and at-bats and pitches".

FULL ARTICLE AT WIKIPEDIA.ORG
This article is licensed under the GNU Free Documentation License.
It uses material from the Wikipedia article "Jimmy Rollins."
Back to Article
/