Tennis // 2 years ago
U.S. Open: Roger Federer outlasts Mikhail Youzhny
Roger Federer isn't rolling over early-round competition like a 19-time Grand Slam winner should. But he simply sees it as whatever it takes to get the job done. 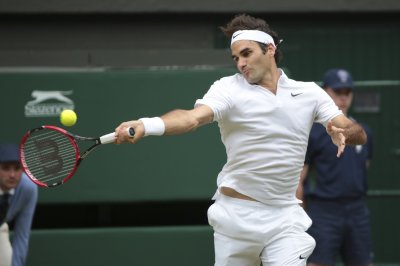 Sports News // 3 years ago
Andy Murray outlasts Paolo Lorenzi in U.S. Open's 3rd round
Andy Murray was in danger of experiencing his earliest exit from a major tournament this year.

He held the top ranking for 160 consecutive weeks from July 29, 1974, to August 22, 1977 (record at that time), and an additional eight times during his career (a total of 268 weeks). He won eight Grand Slam singles titles and two Grand Slam doubles titles with Ilie Năstase and was the mixed doubles runner-up with Chris Evert at the 1974 US Open.

Connors also won three year-end championship titles including two WCT Finals and one Masters Grand Prix. In addition he won 18 Championship Series titles (1973–1984). He is a former coach of Andy Roddick, the winner of the 2003 US Open. Connors himself was coached by Pancho Segura, since age 16, in 1968. Although Connors never won the French Open, his victory at the 1976 US Open came during the brief period (1975–77) when that tournament was held on clay courts. Connors is, therefore, one of only five men (Mats Wilander, Andre Agassi, Roger Federer and Rafael Nadal are the others) to have won a Grand Slam singles title on all surfaces. He is cited to be one of the greatest male tennis players of all time.

FULL ARTICLE AT WIKIPEDIA.ORG
This article is licensed under the GNU Free Documentation License.
It uses material from the Wikipedia article "Jimmy Connors."
Back to Article
/