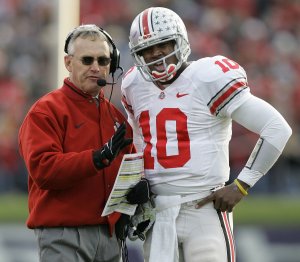 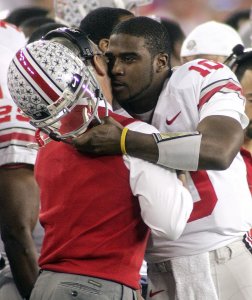 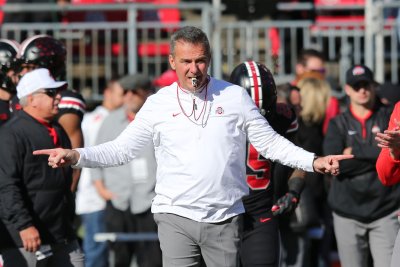 College Football // 2 years ago
No. 4 Michigan ready to end years of frustration vs. No. 10 Ohio State
For the first time since 2004, fourth-ranked Michigan comes to Ohio Stadium for the annual showdown with No. 10 Ohio State on Saturday as a favorite.

College Football // 2 years ago
Ohio State coaching great Bruce dies at 87
Hall of Fame coach Earle Bruce, who won 81 games in nine seasons with at Ohio State, died Friday morning at the age of 87 in Powell, Ohio, his family announced.

Odd News // 3 years ago
Nearly 1,000 dress in penguin costumes for Guinness record
A total 972 people donned penguin costumes at an Ohio university to break a Guinness World Record for a gathering of people dressed as the dapper birds. 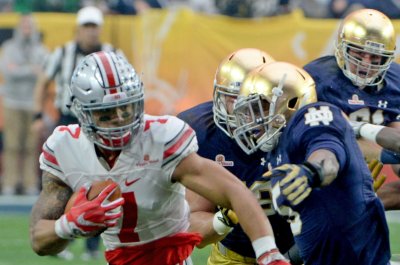 I have read the story that appeared earlier today on ESPN.com

We did not do the things necessary to be a champion, so we tip our hats to Michigan

Tressel is most notable for his tenure at Ohio State. He was hired by the Buckeyes before the 2001 season to replace John Cooper. During his tenure as Ohio State's 22nd head football coach, Tressel's teams played in three BCS National Championship Games. His 2002 squad won a national title and achieved the first 14–0 season record in major college football since Penn went 15–0 in 1897. Tressel finished his Buckeye career with an official overall record of 94–22 (.810) at Ohio State, including six Big Ten Conference championships, a 5–4 bowl record, a 4–3 mark in BCS bowl games, and an 8–1 record against the arch-rival Michigan Wolverines. Tressel's eight wins against Michigan place him second in school history to Woody Hayes, who had 16. He is the only Ohio State head coach to win seven consecutive games against the Wolverines. Tressel resigned as the Ohio State football coach in May 2011 amid an NCAA investigation of rules violations during the 2010 season; which, in turn, led to Ohio State self-vacating their 2010 season. In September 2011, he was hired as a consultant by the Indianapolis Colts of the NFL.

Before coming to Ohio State, Tressel was the head football coach at Youngstown State for 15 seasons (1986–2000), where his teams won four NCAA Division I-AA Football Championships.

FULL ARTICLE AT WIKIPEDIA.ORG
This article is licensed under the GNU Free Documentation License.
It uses material from the Wikipedia article "Jim Tressel."
Back to Article
/