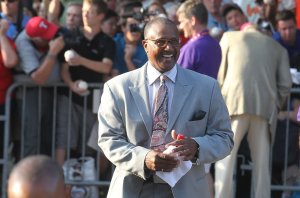 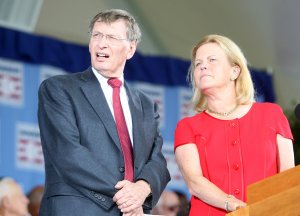 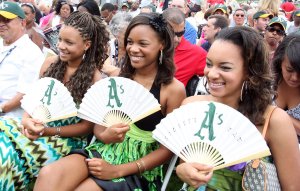 World News // 2 years ago
Simmering Hong Kong prepares for elections under heightened security
Nearly six months into a protest movement that has shaken the city to its foundations, Hong Kongers are getting ready for the rare chance to exercise their democratic rights in local elections this weekend.

MLB // 4 years ago
Red Sox hope to enter break with another win
BOSTON -- Brian Johnson comes off the disabled list to get his latest shot at being Boston's No. 5 starter when he pitches for the Red Sox in Sunday's series finale against the Toronto Blue Jays in the final game for both teams before the All-Star break.

MLB // 4 years ago
Back home, Astros brace for surging Red Sox
HOUSTON -- What had the makings of a terrific road trip turned sour for the Houston Astros when their bullpen blew a pair of ninth-inning leads that resulted in two extra-inning losses and a sudden reversal of the positive momentum the club built heading out to play the Indians and Yankees.

MLB // 4 years ago
Mookie Betts, Boston Red Sox bounce Oakland Athletics
BOSTON -- Mookie Betts hit two home runs and drove in six runs, and Eduardo Rodriguez won for the first time since May 26 to power the Boston Red Sox to an 11-1 blowout of the Oakland A's on Tuesday night.

MLB // 5 years ago
2017 MLB Hall of Fame: Inductees reflect on perseverance in Hall of Fame ceremony
Tim Raines spent the maximum 10 years on the Hall of Fame of America ballot before gaining enshrinement.

MLB // 5 years ago
David Ortiz spoofs classic movies by acting as every character
As a 6-foot, 3-inch 230-pound former professional athlete, David Ortiz likely doesn't have much of a future as an actress. But he recently tried his best.

Top News // 5 years ago
The Almanac
On March 8, 1983, President Ronald Reagan referred to the Soviet Union as an "evil empire" in a speech before the British House of Commons.

MLB // 5 years ago
David Ortiz could land in Red Sox TV booth this season
Former slugger David Ortiz will not be suiting up for the Boston Red Sox this season, although he could be behind the microphone on occasion.

Jim Rice played his entire career for the Boston Red Sox from 1974 to 1989. An 8-time American League (AL) All-Star, he was named the AL's Most Valuable Player in 1978 after becoming the first major league player in 19 years to hit for 400 total bases, and went on to become the ninth player to lead the major leagues in total bases in consecutive seasons, and join Ty Cobb as one of two players to lead the AL in total bases three years in a row. He batted .300 seven times, collected 100 runs batted in (RBI) eight times and 200 hits four times, and had eleven seasons with 20 home runs, also leading the league in home runs three times, RBIs and slugging average twice each.

In the late 1970s he was part of one of the sport's great outfields along with Fred Lynn and Dwight Evans, who was his teammate for his entire career; Rice continued the tradition of his predecessors Ted Williams and Carl Yastrzemski as a power-hitting left fielder who played his entire career for the Red Sox. He ended his career with a .502 slugging average, and then ranked tenth in AL history with 382 home runs; his career marks in homers, hits (2,452), RBI (1,451) and total bases (4,129) remain Red Sox records for a right-handed hitter, with Evans eventually surpassing his Boston records for career runs scored, at bats and extra base hits by a right-handed hitter. When Rice retired, his 1,503 career games in left field ranked seventh in AL history. Rice was inducted into the Baseball Hall of Fame on July 26, 2009, as the 103rd member voted in by the BBWAA.

FULL ARTICLE AT WIKIPEDIA.ORG
This article is licensed under the GNU Free Documentation License.
It uses material from the Wikipedia article "Jim Rice."