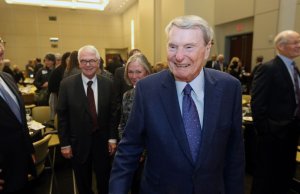 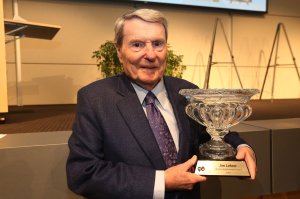 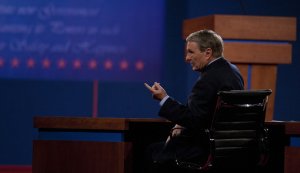 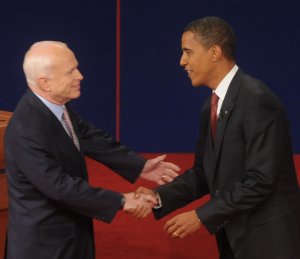 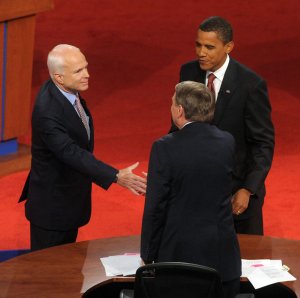 I have been laboring in the glories of daily journalism for 52 years ... 36 of them here at the 'NewsHour' and its earlier incarnations ... and there comes a time to step aside from the daily process, and that time has arrived

James Charles "Jim" Lehrer ( /ˈlɛrə/; born May 19, 1934) is an American journalist and the news anchor for PBS NewsHour on PBS, known for his role as a frequent debate moderator during elections. Lehrer is an author of non-fiction and fiction, drawing from his experiences and interests in history and politics.

Lehrer was born in Wichita, Kansas, the son of Lois Catherine (née Chapman), a bank clerk, and Harry Frederick Lehrer, a bus station manager. He attended middle school in Beaumont, Texas and graduated from Thomas Jefferson High School in San Antonio, Texas, where he was one of the three sports editors at the Jefferson Declaration. He also graduated from Victoria College in Texas and the Missouri School of Journalism at the University of Missouri. Lehrer joined the United States Marine Corps and attributes his service and travels with helping him to look past himself and feel a connection to the world that he would not have otherwise experienced.

Lehrer began his career in journalism at The Dallas Morning News and the Dallas Times-Herald, where he covered the assassination of John F. Kennedy in 1963. From 1970 to 1973, Lehrer anchored the local single-story news show, Newsroom on KERA-TV, the local Public Broadcasting affiliate station in Dallas. Lehrer began working with PBS network in 1973, and in 1975 developed and co-anchored The MacNeil/Lehrer Report with Robert MacNeil. The news show was later renamed The MacNeil/Lehrer NewsHour, and after MacNeil's departure in 1995 was named The NewsHour with Jim Lehrer and finally PBS NewsHour in 2009.

FULL ARTICLE AT WIKIPEDIA.ORG
This article is licensed under the GNU Free Documentation License.
It uses material from the Wikipedia article "Jim Lehrer."
Back to Article
/