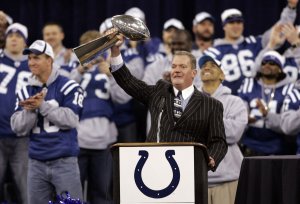 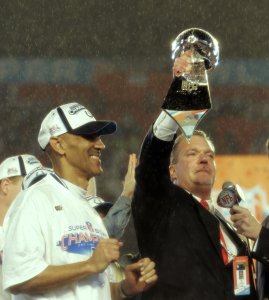 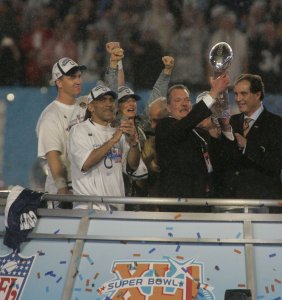 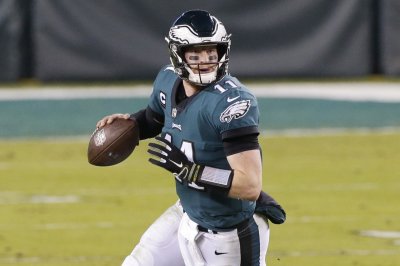 NFL // 5 months ago
Eagles to trade Carson Wentz to Colts
The Philadelphia Eagles have agreed to trade former No. 2 overall pick and 2017 Pro Bowl selection Carson Wentz to the Indianapolis Colts.

NFL // 9 months ago
Former Colts, Steelers star WR Jimmy Orr dies at 85
Jimmy Orr, a two-time Pro Bowl wide receiver who played for the Pittsburgh Steelers and Baltimore Colts after starring at the University of Georgia, has died at age 85.

NFL // 9 months ago
Colts have 4 COVID false positives; Sunday's Bengals game stays on schedule
The Indianapolis Colts on Friday closed their facility after four people tested positive for COVID-19. Those tests later proved to be false positives, and the team remains on schedule to play Sunday.

NFL // 11 months ago
Longtime Colts OL coach Howard Mudd dies at 78 after motorcycle accident
Howard Mudd, the legendary offensive line coach of the Indianapolis Colts, has died, the team announced Wednesday. He was 78. 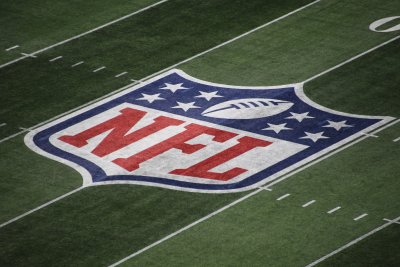 NFL // 1 year ago
Colts QB Andrew Luck retires at 29, cites frequent injuries
Indianapolis Colts quarterback Andrew Luck, in a surprise announcement, said he made the "hardest decision of my life" to retire from the NFL at age 29, citing frequent injuries.

You hope these things hold up to be true, that there won't be any charges and there wasn't any involvement

I'm willing to make him the highest paid player in the league, but it has to be within reason because we have to be able to field an entire team

James Irsay (born June 13, 1959 in Lincolnwood, Illinois) is the owner of the Indianapolis Colts of the National Football League. The son of a Jewish father (Robert Irsay) and a Polish mother, he attended high school at Loyola Academy in Wilmette, Illinois, a suburb just north of Chicago, Illinois. Irsay graduated from Southern Methodist University in 1982.

Raised as a Catholic, Jim Irsay was 12 years old when his father Robert Irsay purchased the Baltimore Colts. After graduating from SMU, he began working for the Colts in 1982. He started by working at the ticket counter and then later in the team's public relations department. Jim was named general manager in 1984, one month after the Colts made their controversial move to Indianapolis. After his father suffered a stroke in 1995, Jim assumed day-to-day management of the team. When his father died in 1997, Jim had a legal battle with his stepmother but later became the youngest NFL team owner at that time. He was 37. He controls 100% of the franchise.

Irsay has a habit of quoting rock music. It is rumored that he brings his guitar on Colts road trips and will play until 2 or 3 in the morning. In 2001, Irsay purchased the original manuscript of On The Road, or "the scroll": a continuous, one hundred twenty-foot scroll of tracing paper sheets that Jack Kerouac cut to size and taped together, for $2.43 million. Also, Irsay is a big fan of British rock band The Who. Irsay has also acquired guitars originally owned by Elvis Presley, George Harrison, and Jerry Garcia.

FULL ARTICLE AT WIKIPEDIA.ORG
This article is licensed under the GNU Free Documentation License.
It uses material from the Wikipedia article "Jim Irsay."
Back to Article
/