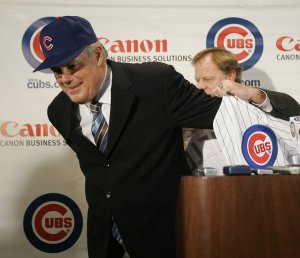 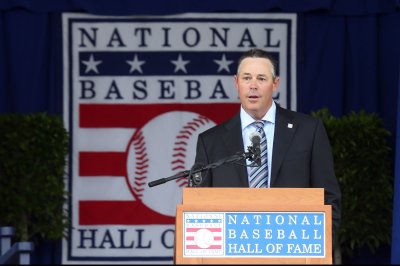 We're here to win games, and in the last couple of years, we didn't win enough

Jim Hendry (born July 27, 1955, Dunedin, Florida) is Vice President/General Manager of the Chicago Cubs. Hendry was promoted to GM on July 5, 2002 by former Cubs President/CEO Andy MacPhail. He has worked for the Cubs since 1995. Prior to his promotion to GM, he was named Assistant GM/Player Personnel Director on October 12, 2001, and previously the Director of Player Development, in charge of both Scouting and Minor League Operations.

Hendry graduated from Spring Hill College, where he had majored in communications and journalism. He could not find a job in broadcasting, and took a job as a high school teacher and baseball coach in Miami. This led to a job at Creighton University in 1983, and he was promoted to head coach in the middle of the 1984 season. Following Creighton's NCAA College World Series appearance (1991), Hendry was named National Coach of the Year. He left Creighton later that year to become special assistant to then Florida Marlins GM Dave Dombrowski, and also coached minor league teams in 1993 and '94. Jim has two kids, Lauren and John.

FULL ARTICLE AT WIKIPEDIA.ORG
This article is licensed under the GNU Free Documentation License.
It uses material from the Wikipedia article "Jim Hendry."
Back to Article
/