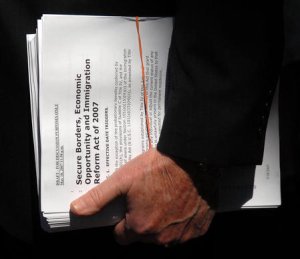 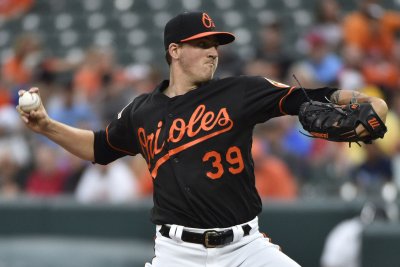 MLB // 4 years ago
2017 MLB Hall of Fame: Inductees reflect on perseverance in Hall of Fame ceremony
Tim Raines spent the maximum 10 years on the Hall of Fame of America ballot before gaining enshrinement.

Sports News // 4 years ago
Sports stars, U.S. politicians pay tribute to Hall of Famer, U.S. senator Jim Bunning
Hall of Fame pitcher Jim Bunning, who went on to serve in Congress as a Kentucky politician, died overnight at the age of 85.

Sports News // 5 years ago
Nick Castellanos helps Detroit Tigers snap 11-game skid vs. Cleveland Indians
CLEVELAND -- All bad things must come to an end, and a really bad one came to a halt on Wednesday for the Detroit Tigers.

Sports News // 5 years ago
Bartolo Colon does it all as New York Mets stymie Pittsburgh Pirates
NEW YORK -- The Bartolo Colon Experience -- a feel-good festival of pitching, fielding and hitting -- continued to roll on Thursday night.

If baseball fails to fix this scandal, there are a lot of things we can do to get their attention, by amending labor laws, repealing the outdated antitrust exemption that baseball alone enjoys, and shinning the spotlight of public scrutiny

During a 17-year baseball career, he pitched from 1955-1971, most notably with the Detroit Tigers and the Philadelphia Phillies. When he retired, he had the second-highest total of career strikeouts in Major League history; he is currently 17th. Bunning pitched the seventh perfect game in baseball history on June 21, 1964 against the New York Mets, a feat that has currently been accomplished only twenty times in baseball history. He was inducted into the Baseball Hall of Fame in 1996.

After retiring from baseball, Bunning returned to his native northern Kentucky and was subsequently elected to the city council, and then the state senate, in which he served as minority leader. In 1986, Bunning was elected to the U.S. House of Representatives from Kentucky's 4th congressional district, and served in the House from 1987 to 1999. He was elected to the United States Senate from Kentucky in 1998 and has served there since 1999 as the Republican junior U.S. Senator. Bunning is currently the fifth oldest U.S. Senator and the oldest Republican in the Senate. In July 2009, he announced that he would not run for re-election in 2010, citing difficulty in raising campaign funds.

FULL ARTICLE AT WIKIPEDIA.ORG
This article is licensed under the GNU Free Documentation License.
It uses material from the Wikipedia article "Jim Bunning."
Back to Article
/