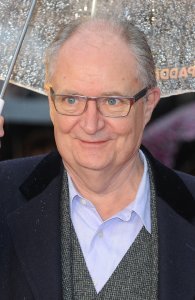 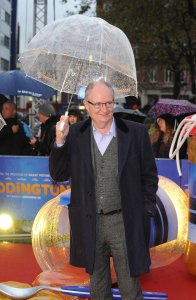 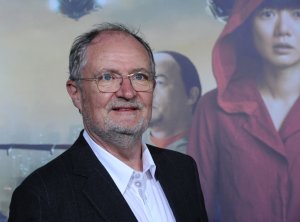 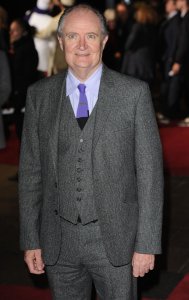 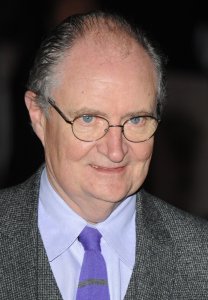 Entertainment News // 5 months ago
What to stream Thanksgiving weekend: 'Hawkeye,' Macy's parade
"Hawkeye," the Macy's Thanksgiving Day Parade, "The Beatles: Get Back," "A Castle for Christmas" and Lady Gaga and Tony Bennett's "One Last Time" are some of the entertainment options streaming this weekend.

James "Jim" Broadbent (born 24 May 1949) is an English theatre, film, and television actor. He is known for his roles in Iris, Moulin Rouge!, Topsy-Turvy, Hot Fuzz, and Bridget Jones' Diary. He also appears in the Harry Potter films as Horace Slughorn.

Broadbent was born in Lincoln, the son of Doreen "Dee" Broadbent (née Findlay), a sculptor, and Roy Laverick Broadbent, an artist, sculptor, interior designer, and furniture maker who turned a former church into a theatre named after him. Broadbent's parents were both amateur actors who co-founded the Holton Players acting troupe at Holton cum Beckering; the two were described by the BBC as conscientious objectors who "worked the land" rather than participate in World War II. He had a twin sister who died at birth. Broadbent was educated at Leighton Park School, a Quaker school in Reading, and briefly attended art college before transferring to the London Academy of Music and Dramatic Art from which he graduated in 1972.

Broadbent's early stagework included a number of productions for The National Theatre of Brent, as the downtrodden assistant Wallace to Patrick Barlow's self-important actor/manager character Desmond Olivier Dingle. Broadbent and Barlow played many male and female character roles in comically less-than-epic tellings of historical and religious stories such as The Messiah, The Complete Guide to Sex, The Greatest Story Ever Told, Revolution!!, and All The World's A Globe. These were hits at the Edinburgh Fringe, in London, and on tour. Later stage work included the original productions of Kafka's Dick (1986) and Our Country's Good (1988) at the Royal Court Theatre and work for the Royal National Theatre including "The Government Inspector". Work on the stage with Mike Leigh includes Goosepimples and Ecstasy.

FULL ARTICLE AT WIKIPEDIA.ORG
This article is licensed under the GNU Free Documentation License.
It uses material from the Wikipedia article "Jim Broadbent."