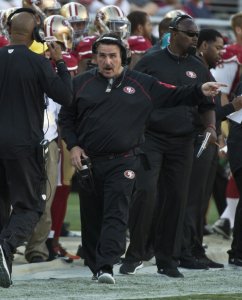 NFL // 4 years ago
Kyle Shanahan: John Lynch ready to be GM, lives and dies football
HOUSTON -- Reading between the lines is not difficult when the typeface is bold, 50-point and ends in an exclamation. 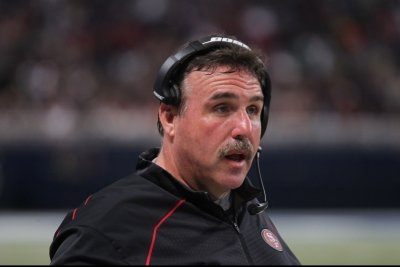 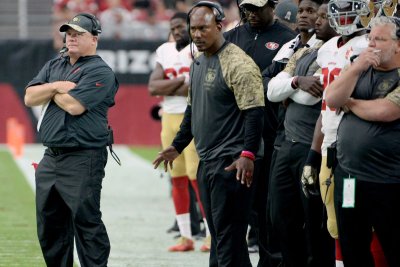 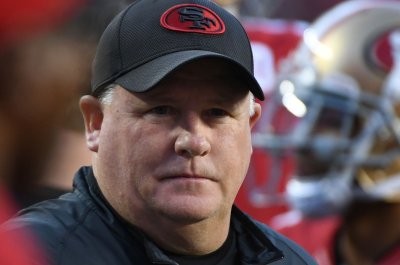 James Andrew Tomsula (born April 14, 1968) is an American football coach. He is currently the head coach for the San Francisco 49ers of the National Football League (NFL), a position he has held since January 2015, hailing from the Mike Nolan coaching tree. He previously served as the defensive line coach of the 49ers from February 2007 until his promotion. Tomsula was also San Francisco's interim head coach for the final game of the 2010 season. He has also been the head coach for the Rhein Fire of NFL Europe in 2006, where he compiled a record of 6–4. Tomsula was born and raised in the Pittsburgh suburb of Homestead, Pennsylvania. At Catawba College he played Defensive End from 1987–90 after transferring from Middle Tennessee State University after the 1986 season.

FULL ARTICLE AT WIKIPEDIA.ORG
This article is licensed under the GNU Free Documentation License.
It uses material from the Wikipedia article "Jim Tomsula."
Back to Article
/