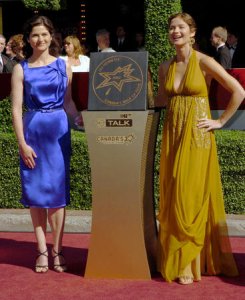 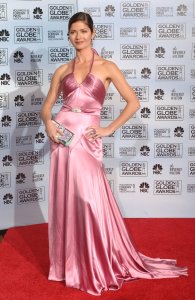 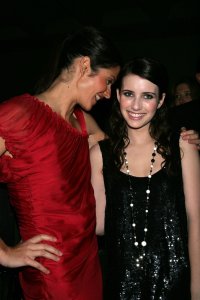 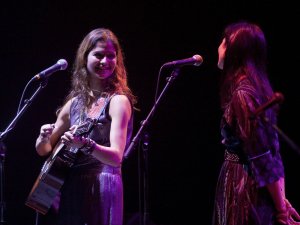 Jillian Noel "Jill" Hennessy (born November 25, 1968) is a Canadian actress and musician known for her television roles on Law & Order and Crossing Jordan.

Hennessy was born in Edmonton, Alberta. Her father, John Hennessy, was a meat salesman and sales/marketing executive, a job that required considerable travel and resulted in frequent moves for the family. Her mother, Maxine, a secretary, left the family in 1982, leaving her daughter to be partially raised by her paternal grandmother, Eleanor, in Kitchener, Ontario. She has a younger brother, John Paul Hennessy Jr.( also known as J.P.), and an identical twin sister, Jacqueline, who is a magazine writer and TV show host in Canada. Hennessy has Irish, French, Swedish and Italian ancestry on her father's side, and mostly Ukrainian, as well as Austrian, ancestry on her mother's. She graduated from Grand River Collegiate Institute in Kitchener, Ontario and used to busk in the Toronto Subway.

Hennessy and her sister played twin call girls in 1988's Dead Ringers. She was short-listed for the role of Dana Scully, on The X-Files. In 1993, she played Dr. Marie Lazarus in RoboCop 3. Hennessy is most well-known for playing assistant district attorney Claire Kincaid on Law & Order (1993 – 1996) and for playing the lead role as medical examiner Jordan Cavanaugh on Crossing Jordan. In 1999 she played Lisa in Chutney Popcorn. In 2000, Hennessy wrote, produced, and co-directed with Elizabeth Holder an independent film called The Acting Class. Inspired by a true story, the mockumentary looks at the trials and tribulations of a dysfunctional acting class. The film co-starred her sister, and included cameos by a number of Hennessy's former Law & Order co-stars.

FULL ARTICLE AT WIKIPEDIA.ORG
This article is licensed under the GNU Free Documentation License.
It uses material from the Wikipedia article "Jill Hennessy."
Back to Article
/