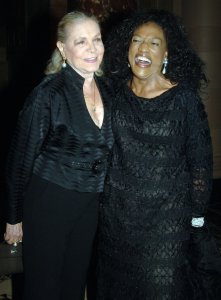 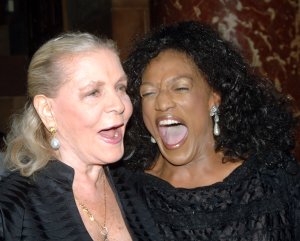 Top News // 4 years ago
The Almanac
On Sept. 15, 1963, four black girls were killed in the bombing of a church in Birmingham, Ala. Two black teenage boys were shot to death later that day as citywide rioting broke out.

Jessye Norman (born September 15, 1945) is an American opera singer. Norman is a well-known contemporary opera singer and recitalist, and is one of the highest paid performers in classical music. A dramatic soprano, Norman is associated in particular with the roles of Aida, Cassandre, Alceste, and Leonore.

Jessye Mae Norman was born on September 15, 1945 in Augusta, Georgia to Silas Norman, an insurance salesman, and Janie King-Norman, a school teacher. She was one of five children in a family of amateur musicians; her mother and grandmother were both pianists, her father a singer in a local choir. Norman's mother insisted that she start piano lessons at an early age. Norman attended Charles T. Walker Elementary School, A.R. Johnson Junior High School, and Lucy C. Laney Senior High School, all in downtown Augusta.

Norman proved to be a talented singer as a young child, singing gospel songs at Mount Calvary Baptist Church at the age of four. At the age of nine, Norman heard opera for the first time on the radio and was immediately an opera fan. She started listening to recordings of Marian Anderson and Leontyne Price whom Norman credits as being inspiring figures in her career. At the age of 16, Norman entered the Marian Anderson Vocal Competition in Philadelphia which, although she did not win, led to her being offered a full scholarship to Howard University, in Washington, D.C. While at Howard, Norman sang in the university chorus and as a professional soloist at the Lincoln Temple United Church of Christ, while studying voice with Carolyn Grant. In 1965, along with 32 other female students and 4 female faculty, she became a founding member of the Delta Nu Chapter of Sigma Alpha Iota. In 1966, she won the National Society of Arts and Letters singing competition. After graduating in 1967 with a degree in music, she began graduate-level studies at the Peabody Conservatory in Baltimore and later at the University of Michigan in Ann Arbor, Michigan, from which she earned a Masters Degree in 1968. During this time Norman studied voice with Elizabeth Mannion and Pierre Bernac.

FULL ARTICLE AT WIKIPEDIA.ORG
This article is licensed under the GNU Free Documentation License.
It uses material from the Wikipedia article "Jessye Norman."
Back to Article
/