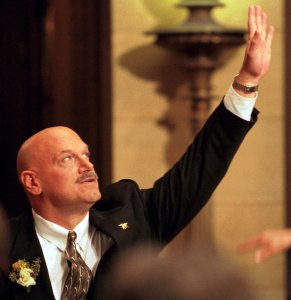 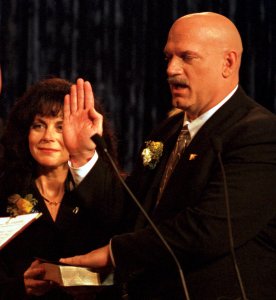 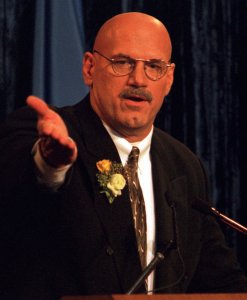 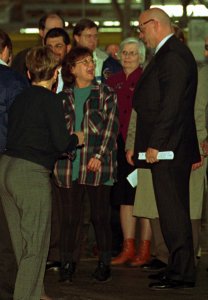 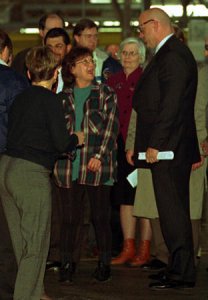 U.S. News // 4 years ago
'American Sniper' Kyle received 2 fewer medals than claimed, U.S. Navy says
Famed sharpshooter Chris Kyle, the focus of a book and film about his life, earned fewer medals in his career than he claimed, the U.S. Navy said Monday.

He's playing this one pretty tight. He's going through all the mechanics of it, but I have no idea what he's going to decide

Do I Stand Alone?: Going to the Mat Against Political Pawns and Media Jackals

I Ain't Got Time to Bleed: Reworking the Body Politic from the Bottom U

To turn a memorial service into a political rally, I found quite disturbing

James George Janos (born July 15, 1951), better known as Jesse Ventura, is an American statesman, the 38th Governor of Minnesota from 1999 to 2003, Navy UDT veteran, actor, and former radio and television talk show host. As a professional wrestler, he is best known for his nickname, Jesse "The Body" Ventura, and tenure in the World Wrestling Federation as a combatant and color commentator. In 2004, he was inducted into the company's Hall of Fame.

In the Minnesota gubernatorial election of 1998, running as a member of the Reform Party, he was elected the 38th Governor of Minnesota and served from January 4, 1999, to January 6, 2003, without seeking a second term.

Ventura was born James George Janos in Minneapolis, the son of Bernice Martha (née Lenz) and George William Janos. His father's parents were from what is today Slovakia, and his mother was of German descent. Ventura has described himself as Slovak. Ventura (then still using his legal name of Janos) attended the now-closed Cooper Elementary School and graduated from Minneapolis' Roosevelt High School in 1969.

FULL ARTICLE AT WIKIPEDIA.ORG
This article is licensed under the GNU Free Documentation License.
It uses material from the Wikipedia article "Jesse Ventura."
Back to Article
/