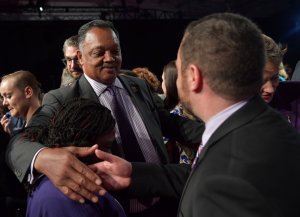 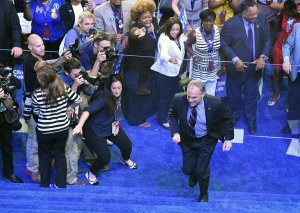 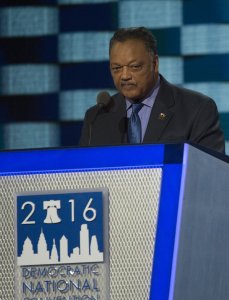 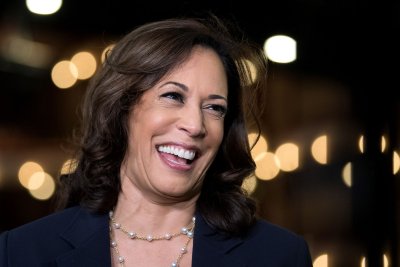 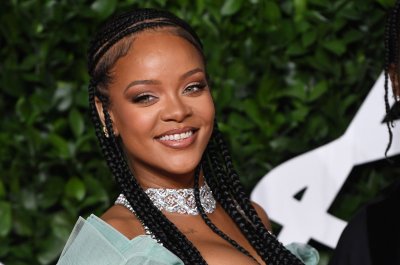 U.S. News // 2 years ago
U.S. orders suspension of all flights to, from Venezuela
All flights between the United States and Venezuela were suspended indefinitely, the Department of Homeland Security's secretary announced Wednesday.

Mass marches give visibility to a challenge, and they provide hope

We think Benton Harbor is to voting rights protections what Selma, Ala., was to secure the right to vote in the first place

Jesse Louis Jackson, Sr. (born October 8, 1941) is an African-American civil rights activist and Baptist minister. He was a candidate for the Democratic presidential nomination in 1984 and 1988 and served as shadow senator for the District of Columbia from 1991 to 1997. He was the founder of both entities that merged to form Rainbow/PUSH. Representative Jesse Jackson, Jr. is his eldest son. In an AP-AOL "Black Voices" poll in February 2006, Jackson was voted "the most important black leader".

Jackson was born Jesse Louis Burns in Greenville, South Carolina, to Helen Burns Straggs, a 16-year-old single mother. His biological father, Noah Louis Robinson, a former professional boxer and a prominent figure in the community, was married to another woman when Jesse was born. He was not involved in his son's life, and died January 28, 1997 in Greenville, S.C. In 1943, two years after Jesse's birth, his mother married Charles Henry Jackson, who would adopt Jesse 14 years later. Jesse went on to take the surname of his stepfather.

Jackson attended Sterling High School, a segregated high school in Greenville, where he was a student-athlete. Upon graduating in 1959, he rejected a contract from a professional baseball team so that he could attend the racially integrated University of Illinois on a football scholarship. One year later, Jackson transferred to North Carolina A&T located in Greensboro, North Carolina. There are differing accounts for the reasons behind this transfer. Jackson claims that the change was based on the school's racial biases which included his being unable to play as a quarterback despite being a star quarterback at his high school. ESPN.com suggests that claims of racial discrimination on the football team may be exaggerated because Illinois's starting quarterback that year was an African American, although it does not mention factors besides the quarterback's race which may have contributed to this perception (such as team dynamics or interpersonal interactions with other players on the team). Jackson also mentions being demoted by his speech professor as an alternate in a public-speaking competition team despite the support of his teammates who elected him a place on the team for his superior abilities. Jackson left Illinois at the end of his second semester after being placed on academic probation.

FULL ARTICLE AT WIKIPEDIA.ORG
This article is licensed under the GNU Free Documentation License.
It uses material from the Wikipedia article "Jesse Jackson."
Back to Article
/