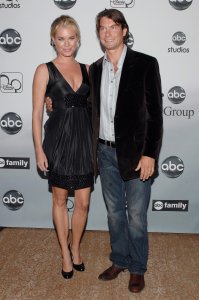 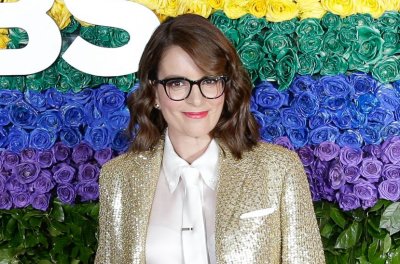 Entertainment News // 4 months ago
What to stream this weekend: 'Black Is King,' 'Muppets Now'
New streaming entertainment this weekend includes the Lollapalooza festival, a Beyonce special, return of The Muppets and movies starring Katie Holmes and Vinnie Jones.

TV // 8 months ago
Andy Cohen to film 'WWHL' from home beginning Monday
Andy Cohen will record new episodes of "Watch What Happens Live" while in quarantine after testing positive for COVID-19.

I regret calling my wife 'huge' on ('Late Night with) Conan O'Brien,

I am thrilled to take part in the Drambuie Pursuit

Jeremiah "Jerry" O'Connell (born February 17, 1974) is an American actor, best known for his roles in the TV series Sliders, Andrew Clements in My Secret Identity, Vern Tessio in the film Stand by Me, Charlie Carbone in Kangaroo Jack, and Detective Woody Hoyt on the drama Crossing Jordan.

O'Connell was born in New York City, the son of Linda (née Witkowski), an art teacher, and Michael O'Connell, an advertising agency art director. His maternal grandfather, Charles S. Witkowski, was the mayor of Jersey City, NJ. O'Connell is of Irish descent on his father's side and Polish ancestry on his mother's. O'Connell was raised in Manhattan with his younger brother, Charlie O'Connell, also an actor. O'Connell began his acting career at a young age. As a child, he did commercial work for Duncan Hines cookies. Shortly after at the age of eleven, he landed his first feature film role as the character Vern Tessio in Rob Reiner's Stand by Me. As a teenager, he starred in the Canadian TV series My Secret Identity from 1988–91, and attended Manhattan's Professional Children's School.

O'Connell attended New York University (NYU) from 1991 to 1994, majoring in film. While there, he studied screen writing and competed on the NYU fencing team, serving a stint as captain of the sabre squad. However, he left NYU several credits short of graduation in 1999.

FULL ARTICLE AT WIKIPEDIA.ORG
This article is licensed under the GNU Free Documentation License.
It uses material from the Wikipedia article "Jerry O'Connell."
Back to Article
/