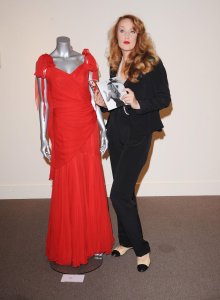 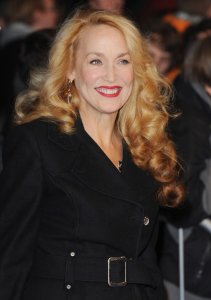 Music // 3 years ago
Mick Jagger welcomes baby No. 8 at age 73
Rolling Stones frontman Mick Jagger welcomed a son with girlfriend Melanie Hamrick, 29, more than two years after the birth of his great-granddaughter.

He always wanted me to pay everything to do with the house and the children which I didn't mind, I guess, because I had the money. But, yeah, he's pretty tight with the day-to-day stuff

He always wanted me to pay for everything to do with the house and children, which I didn't mind doing, I guess, because I had the money

I've never had cellulite. But if it cheered people up at the breakfast table, that's fine by me

Jerry is very, very disappointed at pulling out of the show because it was such a great story

When Aphrodite disappeared in the middle on the Indian Ocean, I thought her chances of winning were dashed

Jerry Faye Hall (born July 2, 1956) is an American model and actress, also known for her long-term relationship with Mick Jagger, with whom she had four children.

Hall was born in Gonzales, Texas, the daughter of Marjorie (née Sheffield) and John P. Hall, a truck-driver. She is of English descent. Hall was raised in the Dallas suburb of Mesquite, Texas, where she graduated from North Mesquite High School. She also attended Kim Dawson Modeling Agency. She has a twin sister, Terry, along with three older sisters; including actress Cyndy Hall. Following a car accident, she used the insurance money she received to move to France.

Hall was staying at a hostel on the French Riviera when she was discovered sunbathing on a Saint Tropez beach by a fashion agent, Claude Haddad. She moved to Paris where she shared an apartment with singer Grace Jones (who at that time was also a model) and immersed herself in the Parisian nightlife, often performing risqué cabaret acts in clubs and parties with Jones. Soon after, she moved in with fashion illustrator Antonio Lopez and her modelling career began. In 1975 she appeared, in the guise of a mermaid, on the cover of Roxy Music's album Siren. Five months later, lead singer Bryan Ferry gave her an engagement ring. Her relationship with Ferry continued and she also appeared in the video for his 1976 solo hit "Let's Stick Together". By 1977, Hall had been on forty magazine covers including Italian Vogue and Cosmopolitan. She was earning modelling fees in excess of $1000 per day.

FULL ARTICLE AT WIKIPEDIA.ORG
This article is licensed under the GNU Free Documentation License.
It uses material from the Wikipedia article "Jerry Hall."
Back to Article
/