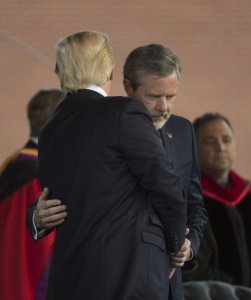 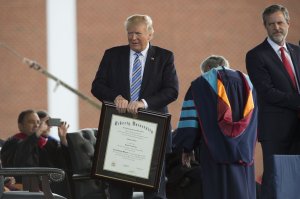 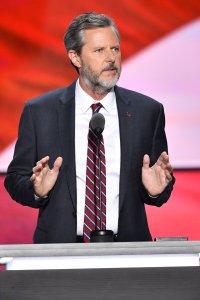 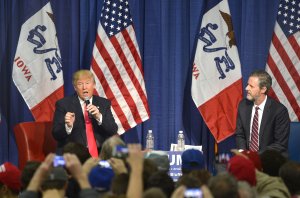 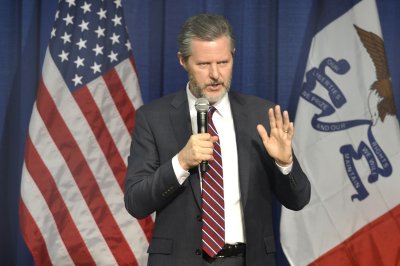 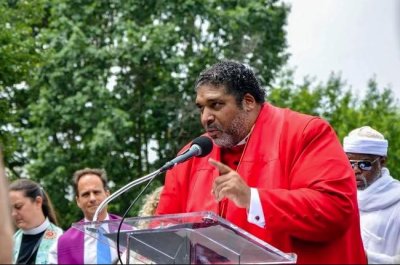 Voices // 8 months ago
Religion at heart of resistance in the age of Trump
In an era where historic structural injustices have become mainstream policy, many turn to religion as a moral compass and inspiration for activism.

Voices // 11 months ago
Women have been the heart of the Christian right for decades
Alabama's new abortion restrictions were signed into law by Gov. Kay Ivey. But more has been said recently about the fact that the bill was passed by 25 white men in the state Senate. 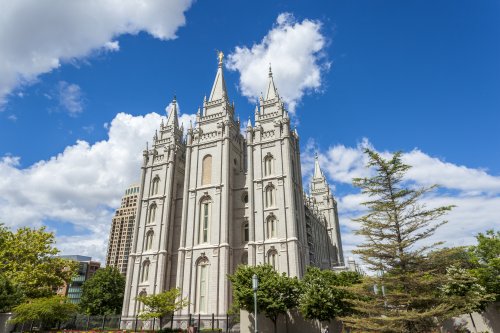 Voices // 1 year ago
Mormon Church still doesn't treat gay couples with kids as 'real families'
Top leaders of the Church of Jesus Christ of Latter-day Saints have reversed a policy that prevented minor children of same-sex married couples from joining the church and participating in its sacred rituals since 2015. 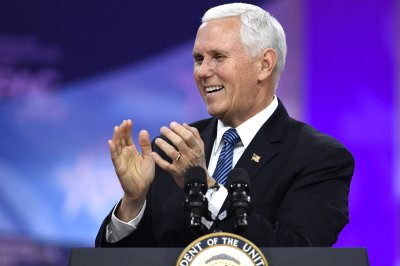 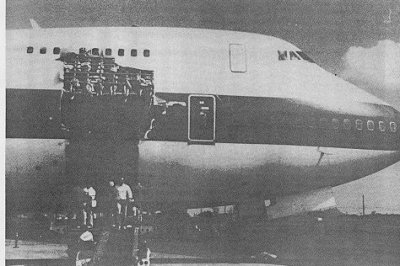 U.S. News // 1 year ago
Michael Cohen says he paid IT firm to 'rig' polls to favor Trump
A former technology company owner said this week that he was never paid the money promised by the former personal attorney to President Donald Trump for attempting to rig polls in the then-Republican candidates favor. 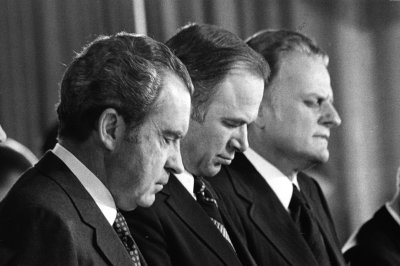 Voices // 1 year ago
Evangelicals and Trump -- lessons from the Nixon era
More than 81 percent of Protestant evangelicals voted for Donald Trump in 2016. A year and a half into his presidency, they seem as dedicated to him as ever.

Top News // 3 years ago
The Almanac
On Feb. 24, 1933, Japan shocked the world, withdrawing from the League of Nations. "The stunned international conclave, representing almost every nation on earth, sat in silence."

Top News // 3 years ago
The Almanac
On Aug. 11, 1984, in an off-air radio voice check, President Ronald Reagan joked, "My fellow Americans, I'm pleased to tell you today that I've signed legislation that will outlaw Russia forever. We begin bombing in 5 minutes."

Jerry Lamon Falwell, Sr. (August 11, 1933 – May 15, 2007) was an evangelical fundamentalist Southern Baptist pastor, televangelist, and a conservative commentator from the United States. He was the founding pastor of the Thomas Road Baptist Church, a megachurch in Lynchburg, Virginia. He founded Lynchburg Christian Academy (now Liberty Christian Academy) in 1967, Liberty University in 1971, and cofounded the Moral Majority in 1979.

Falwell was one of twin brothers born in Lynchburg, Virginia, the son of Helen and Carey Hezekiah Falwell. His father was an entrepreneur and onetime bootlegger who was agnostic. His grandfather was a staunch atheist.Falwell married the former Macel Pate on April 12, 1958. The couple had two sons and a daughter (Jerry Falwell, Jr., a lawyer; Jonathan Falwell, a pastor; Jeannie, a surgeon).

He graduated from Brookville High School in Lynchburg, Va. He graduated from Baptist Bible College in Springfield, Missouri in 1956. This Bible college was unaccredited until 2001. Falwell was eventually awarded three honorary doctoral degrees, and he sometimes used the title "doctor". The honorary doctorates were Doctor of Divinity from Tennessee Temple Theological Seminary,Doctor of Letters from California Graduate School of Theology, and Doctor of Laws from Central University in Seoul, South Korea.

FULL ARTICLE AT WIKIPEDIA.ORG
This article is licensed under the GNU Free Documentation License.
It uses material from the Wikipedia article "Jerry Falwell."
Back to Article
/