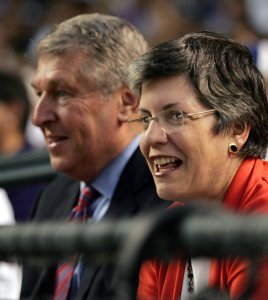 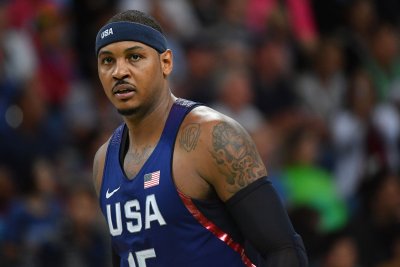 We trust that Kobe will have a total and speedy recovery, and we were pleased that he expressed a willingness to remain as involved with our team as possible through this process

By selecting Rudy, we are getting someone who brings impressive credentials. His accomplishments as a NBA player, NBA head coach and as a USA Basketball head coach are tremendous

He is the former owner of the Phoenix Suns of the NBA, the Phoenix Mercury of the WNBA, the Arizona Sandsharks of the Continental Indoor Soccer League, the Arizona Rattlers of the Arena Football League and the Arizona Diamondbacks of Major League Baseball. He was also instrumental in the relocation of the Winnipeg Jets of the NHL to Phoenix to become the Phoenix Coyotes, which is now in bankruptcy.

FULL ARTICLE AT WIKIPEDIA.ORG
This article is licensed under the GNU Free Documentation License.
It uses material from the Wikipedia article "Jerry Colangelo."
Back to Article
/