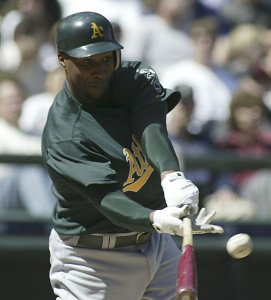 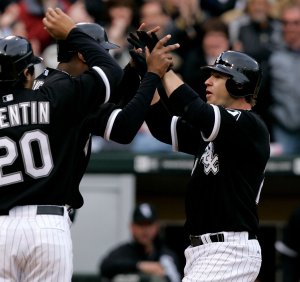 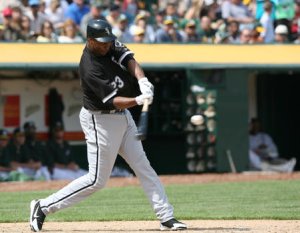 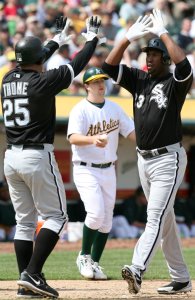 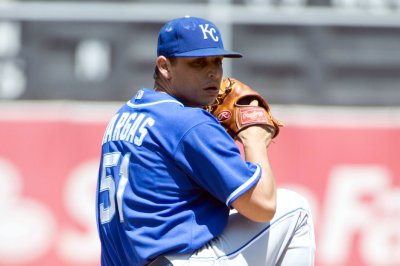 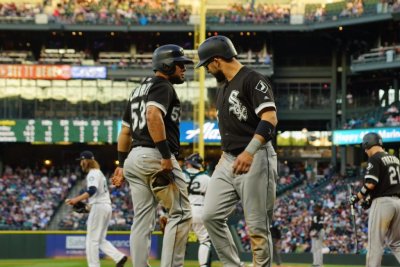 Sports News // 5 years ago
Trevor Bauer leads Cleveland Indians over Los Angeles Angels
CLEVELAND -- Trevor Bauer was an emergency starter on Friday, but for most of the night he had everything under control. 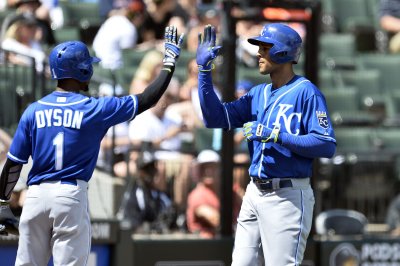 Sports News // 5 years ago
Kansas City Royals hold off Chicago White Sox
KANSAS CITY, Mo. -- Kris Medlen might have been overlooked by some for his work Sunday afternoon, but certainly not by Kansas City Royals manager Ned Yost.

Tomorrow is going to be a big day for us, for both teams

Jermaine Trevell Dye (born January 28, 1974 in Oakland, California), dubbed "Live and Let" Dye by Chris Berman, is a right fielder in Major League Baseball for the Chicago White Sox. Dye has also played with the Atlanta Braves (1996), Kansas City Royals (1997-2001), and Oakland Athletics (2001-04), joining the White Sox prior to the 2005 season. Jermaine helped the White Sox win the World Series in 2005. He was awarded the World Series MVP. Dye bats and throws right-handed and is known for his ability to hit for power and his powerful throwing arm.

Dye attended Will C. Wood High School in Vacaville and Cosumnes River College in Sacramento, California, and was selected by Atlanta in the 17th round of the 1993 amateur draft. Dye began his major league career with the Atlanta Braves (hitting a home run in his first at-bat), and contributed to their 1996 National League championship and played in the 1996 World Series.

He was traded to Kansas City on March 27, 1997. In 1999 Dye played in 158 games for the Royals, hitting 26 home runs. He was one of the more well-liked Royals at that time, with fans frequently chanting "Dye-no-mite" after he came up to bat. The next year he made the American League All-Star team. Dye, Mike Sweeney, and Carlos Beltran composed the historic 2000 Royals offense.

FULL ARTICLE AT WIKIPEDIA.ORG
This article is licensed under the GNU Free Documentation License.
It uses material from the Wikipedia article "Jermaine Dye."
Back to Article
/