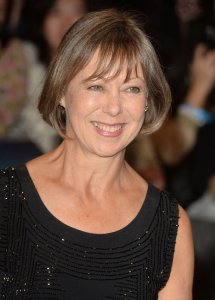 TV // 4 years ago
Filming underway on 'Call the Midwife' Season 7
Filming has begun on the next Christmas special and seventh season of the 1960s London-set drama "Call the Midwife."

Jennifer Ann Agutter (born 20 December 1952) is an English film and television actress. She began her career as a child actor in the mid 1960s, starring in the BBC television series The Railway Children and the film adaptation of the same book. She moved on to adult roles with Walkabout (1971) at the age of 16, and then relocated to Hollywood, where she played Alex Price in An American Werewolf in London, Jessica 6 in Logan's Run, Joanne Simpson in Child's Play 2 and Jill Mason in Equus. Since the 1990s, she has worked in sound recording, and she is a patron of the Cystic Fibrosis Trust. After a break from acting she has appeared in several TV series since 2000, including the British TV series Spooks.

Agutter is the daughter of Catherine "Kit" (née Lynam) and Derek Brodie Agutter, a former British Army officer and entertainment organiser. As a child, she lived in Dhekelia, Cyprus and Kuala Lumpur, Malaya. She was discovered at Elmhurst Ballet School when a casting agent looked for a young English-speaking girl for a film. She did not get the part, but he recommended her to the producers of East of Sudan (1964).

Agutter came to television audiences as Kirsty in the twice-weekly BBC series, The Newcomers. Kirsty was the daughter of the new managing director, but Agutter could appear only during school holidays and was listed in credits as Jennifer. Later she appeared as Roberta in the BBC children's series The Railway Children and played the same part in Lionel Jeffries' 1970 film of the book. Her ingenuousness led to a more serious role in the thriller I Start Counting (1969). She also won an Emmy for her television role as Fritha in the Hallmark Hall of Fame production of The Snow Goose (1971).

FULL ARTICLE AT WIKIPEDIA.ORG
This article is licensed under the GNU Free Documentation License.
It uses material from the Wikipedia article "Jenny Agutter."