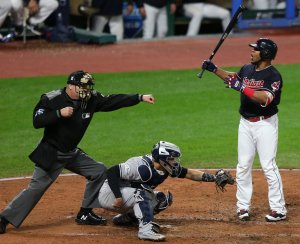 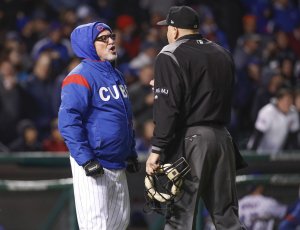 Sports News // 5 years ago
Jorge De La Rosa pitches Colorado Rockies past Pittsburgh Pirates
PITTSBURGH -- Wins have been hard to come by for Jorge De La Rosa over the last two months, which is why he was able to savor being able to cool off one of the hottest teams in the major leagues.

I'd like to thank (Yankees owner) George Steinbrenner, (general manager) Brian Cashman, (manager) Joe Torre and the entire Yankees' family for allowing me to retire as a New York Yankee

Jeffrey Allan Nelson (born November 17, 1966 in Baltimore, Maryland), was a middle relief pitcher. His nickname in High School was "Patty". He batted and threw right-handed. Nelson retired on January 12, 2007, the same day he signed a minor league contract with the New York Yankees.

In his Major League career Nelson pitched in 798 games with a 48-45 record, and with runners in scoring position and two out he held batters to a .191 batting average. In 55 post-season games (second all-time behind former teammate Mariano Rivera), he compiled a 2-3 mark with 62 strikeouts and a 2.65 ERA in 54.1 innings. Among hitters whom he dominated most were Troy Glaus, who in 14 at bats was hitless with 11 strikeouts.

FULL ARTICLE AT WIKIPEDIA.ORG
This article is licensed under the GNU Free Documentation License.
It uses material from the Wikipedia article "Jeff Nelson."
Back to Article
/