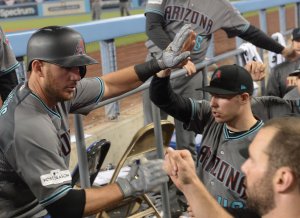 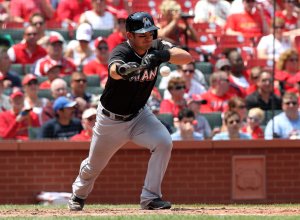 MLB // 2 years ago
Cubs pitcher catches teammate's homer in hat while sitting in bullpen
Chicago Cubs pitcher Randy Rosario didn't even get up from his chair in the bullpen to snag a home run in his cap during a loss to the Texas Rangers.

MLB // 3 years ago
Defensive Diamondbacks look to shut down Mets
PHOENIX -- In the new age, the Arizona Diamondbacks are a testament to an old saw -- pitching and defense win games. 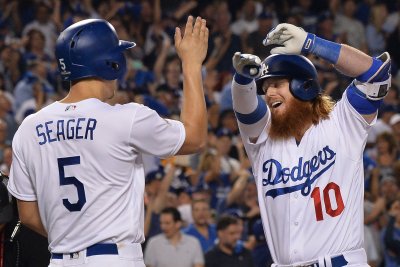 MLB // 3 years ago
Justin Turner's lifts Los Angeles Dodgers to Game 1 win vs. Arizona Diamondbacks
LOS ANGELES, Calif. -- Since "Mr. October" is already taken, they'll just have to come up with another nickname for Justin Turner.

Jeffrey Stephen Mathis (born March 31, 1983) is a Major League Baseball catcher for the Los Angeles Angels of Anaheim and made his major league debut on August 12, 2005. He bats and throws right-handed.

After playing both football and baseball for Marianna High School (winning four district titles, a regional title and appearing in the state championship game in football in 2000, as well as a 1999 state title in baseball, on a team that featured fellow first-round pick Alan Horne), he became a first round draft selection by the Angels in 2001, Mathis moved up the ranks to Triple-A Salt Lake by 2005. He earned the Angels' minor league Defensive Player of the Year award. Noted for his defensive skills at the catcher spot, he also had a career-best year with the bat, hitting .276 with 21 home runs.

Following the 2005 season, the Angels declined to pursue the return of their free agent starting catcher, Bengie Molina, ensuring Mathis would make the roster for the 2006 season. After a solid 2006 spring training, Mathis was expected to see substantial playing time at catcher, sharing the position with José Molina. However, once the regular season began, he struggled greatly on both defense and offense. With Mathis batting only .108 and the team compiling just a 2-9 record in games that he started, the Angels demoted him back to the minor leagues one month into the season. Mathis was replaced on the Angels roster by catcher Mike Napoli.

FULL ARTICLE AT WIKIPEDIA.ORG
This article is licensed under the GNU Free Documentation License.
It uses material from the Wikipedia article "Jeff Mathis."
Back to Article
/