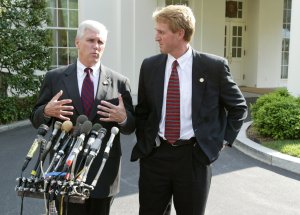 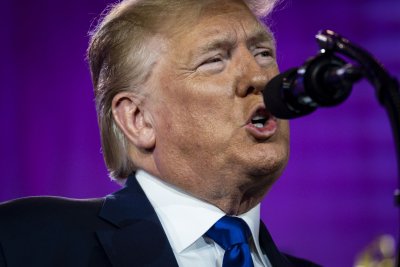 Voices // 4 months ago
Republicans have more leeway to impeach Donald Trump than they think
In the debate over the president's impeachment, what's stopping many Republicans on Capitol Hill from rejecting Donald Trump isn't their conscience -- but instead fear of political backlash. That may not be warranted.

U.S. News // 1 year ago
Election Day: State, Congress races a referendum on Trump
Americans have one last chance to vote on Election Day, casting ballots according to their contentment or disgust with how things are going, from the White House on down.

U.S. News // 1 year ago
Kavanaugh sworn in as Supreme Court justice hours after confirmation
The U.S. Senate on Saturday confirmed the Supreme Court nomination of Judge Brett Kavanaugh, who was sworn in a few hours later during a private ceremony.

I was told that I was taken off the Judiciary Committee because of 'bad behavior,

Far from hastening democratic reforms, our current policy has given Fidel Castro a convenient scapegoat for his own regime's failures

People are afraid to stand up and say, 'I want private travel.' It's become a political issue

Jeffrey Lane "Jeff" Flake (born December 31, 1962) is the U.S. Representative for Arizona's 6th congressional district, serving since 2001. He is a member of the Republican Party.

Flake was born in Snowflake, Arizona (named in part for his great-great-grandfather, Mormon pioneer William J. Flake), was educated at Brigham Young University and was a missionary for the Church of Jesus Christ of Latter-day Saints to South Africa in the early 1980s. He worked in the public affairs sector after college and served as Executive Director of the Foundation for Democracy in Namibia and Executive Director of the Goldwater Institute before entering the House.

Flake is often among a handful of Republicans casting 'no' votes on bills most of his party supports.

FULL ARTICLE AT WIKIPEDIA.ORG
This article is licensed under the GNU Free Documentation License.
It uses material from the Wikipedia article "Jeff Flake."
Back to Article
/