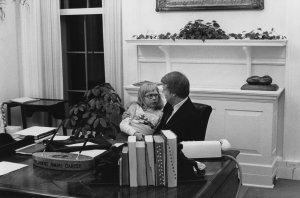 NHL // 3 years ago
Los Angeles Kings keep Calgary Flames from clinching playoff spot
CALGARY, Alberta -- Jarome Iginla has had a lot of great games in Calgary, but Wednesday's performance against his former team will go down as one he'll never forget. 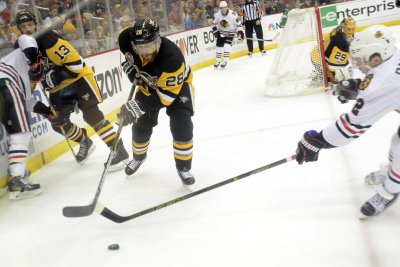 NHL // 3 years ago
NHL roundup: recap, scores, notes for every game played on March 29
PITTSBURGH -- The Chicago Blackhawks dominated the Pittsburgh Penguins on Wednesday, taking a four-goal lead in the first period en route to a 5-1 win at PPG Paints Arena.

NHL // 3 years ago
NHL roundup: recap, scores, notes for every game played on February 25
TORONTO -- Andrew Shaw scored 1:06 into overtime as the Montreal Canadiens recorded their 14th straight victory over the Toronto Maple Leafs with a 3-2 decision on Saturday night.

Jeff Carter (born January 1, 1985) is a Canadian professional ice hockey centre and winger for the Philadelphia Flyers of the National Hockey League (NHL). He is an alternate captain for the Flyers during home games. During his NHL career, he has appeared in one All-Star Game (2009) and led the Flyers in scoring on one occasion, both in 2009.

Internationally, Carter has won gold medals with Team Canada at the under-18 and under-20 levels. During his under-20 career, he tied as Canada's all-time leading scorer at the World Juniors and was named to back-to-back Tournament All-Star Teams. He has also represented Canada at the 2006 IIHF World Championship.

FULL ARTICLE AT WIKIPEDIA.ORG
This article is licensed under the GNU Free Documentation License.
It uses material from the Wikipedia article "Jeff Carter."
Back to Article
/