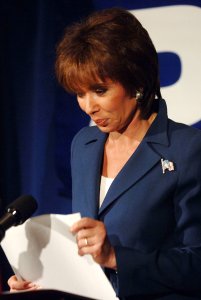 U.S. News // 1 year ago
Some of last Trump pardons went to Albert Pirro and man who'd asked Obama
Before he left office for the final time, former President Donald Trump gave a last-minute pardon on Wednesday to the former husband of a conservative commentator.

U.S. News // 1 year ago
Trump doctor says president 'doing very well,' reframes timeline
White House physician Dr. Sean Conley said that President Donald Trump "is doing very well" after treatment at Walter Reed hospital, but threw the timeline of his illness into question and later said the president is "not out of the woods."

TV // 2 years ago
Elizabeth Warren in 'SNL' sketch three days after campaign ends
Sen. Elizabeth Warren, who dropped out of the presidential race Thursday, appeared on this weekend's edition of "Saturday Night Live."

U.S. News // 3 years ago
Trump blasts 'insulting' report on FBI probe into Russia ties
President Donald Trump denied collusion with Russia after a report that the FBI investigated whether he acted on behalf of Russia after firing James Comey.

I'm Republican red on fiscal policy with conservative beliefs on making tax cuts permanent, but I've got broad blue stripes on the social issues that don't change based on the office I am running for

I'm hoping the church will, as it's promised, send all of the allegations concerning sexual abuse

Jeanine Ferris Pirro (born June 2, 1951) is an American lawyer, prosecutor, former Judge, and politician from the state of New York. A Republican from Westchester County, Pirro served as a county judge before serving as the elected District Attorney of Westchester County for twelve years. As a District Attorney she gained considerable visibility, especially in cases regarding domestic abuse and crimes against the elderly. She was the first female judge in the county.

Jeanine Pirro was the Republican nominee for New York State Attorney General in 2006, losing to Democrat Andrew Cuomo (a fellow Albany Law alumnus). She also held the nominations of the Conservative Party and the Independence Party. She previously sought the nominations of her party for the offices of New York State Lieutenant Governor and United States Senator and withdrew her name in each case. She is currently a regular contributor to The Morning Show with Mike and Juliet, a Fox News legal analyst, and sometimes substitute host of On The Record. She also currently hosts a daytime court television program entitled Judge Jeanine Pirro.

Pirro was born in Elmira, New York, to Nasser "Leo" and Esther Ferris. Her father was a mobile-home salesman; her mother, a department-store model. She is a Roman Catholic of Lebanese descent .

FULL ARTICLE AT WIKIPEDIA.ORG
This article is licensed under the GNU Free Documentation License.
It uses material from the Wikipedia article "Jeanine Pirro."