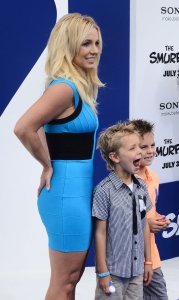 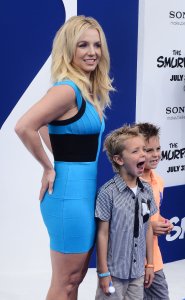 Entertainment News // 1 year ago
Jamie Lynn, Britney Spears pose for family photo with their kids
Singer and actress Jamie Lynn Spears posted on Instagram a photo of her with her pop star sister Britney Spears, their brother and all of their kids.

Britney Jean Spears (born December 2, 1981) is an American singer and entertainer. Raised in Kentwood, Louisiana, Spears first appeared on national television in 1992 as a contestant on the Star Search program, and went on to star in Disney Channel's television series The New Mickey Mouse Club from 1993 to 1994. In 1997, Spears signed a recording contract with Jive, releasing her debut album ...Baby One More Time in 1999. The album debuted at number one on the Billboard 200 , and established her as a pop icon and "bona fide pop phenomenon", credited for influencing the revival of teen pop in the late 1990s. Her next three albums also debuted at number one. In December 2008, her sixth studio album, Circus, was released.

Spears is ranked as the eighth best-selling female recording artist in the United States with 32 million sold albums certified by the Recording Industry Association of America. As of November 2007, Spears has sold over 85 million records worldwide, making her one of the world's best-selling music artists. In the U.S., Spears is currently the best-selling female artist of the decade and the fifth best selling artist of the decade overall. According to the 2009 issue of Forbes, Britney is ranked as the 13th most powerful celebrity with over $35 million dollars in earnings this year.

FULL ARTICLE AT WIKIPEDIA.ORG
This article is licensed under the GNU Free Documentation License.
It uses material from the Wikipedia article "Jayden James."
Back to Article
/