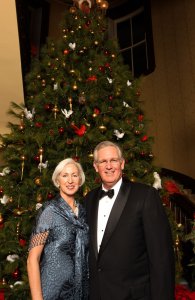 U.S. News // 4 years ago
New Missouri law helps disabled, elderly get Medicaid
Gov. Jay Nixon signed legislation on Thursday that could expand Medicaid eligibility for Missourians who are elderly or living with a disability.
U.S. News // 4 years ago
Bonnie downgraded to tropical depression, 4th person dead in Texas flooding
Tropical Storm Bonnie was downgraded Sunday to a tropical depression, but still was pummeling the coastline of South Carolina with high winds and heavy rain.

Sports News // 4 years ago
Roger Goodell's goal for NFL: 'Get better'
SAN FRANCISCO -- Times are changing for NFL commissioner Roger Goodell, who delivered his annual State of the League address at a news conference at Moscone Center before a mostly media crowd he estimated at 5,000 on Friday morning.

Sports News // 5 years ago
NFL looked past St. Louis Rams' stadium plan
It was Stan Kroenke who first helped the Rams move to St. Louis from Anaheim, Calif. in 1995.

Sports News // 5 years ago
NFL owners vote to move Rams back to Los Angeles
NFL owners approved a move by the St. Louis Rams to the Los Angeles area, and the San Diego Chargers were given an option to join the Rams in Inglewood, Calif.

U.S. News // 5 years ago
Floodwaters recede in Missouri, head south
The St. Louis area is recovering from severe flooding last week as other parts of the country brace themselves as floodwaters head downstream.

After many years of being dead last, there's little to brag about that Missouri has moved from 51st to 50th in using its tobacco money on prevention programs

This project creates a clean, reliable and consistent source of energy from a naturally occurring byproduct of our landfills

Jeremiah Wilson "Jay" Nixon (born February 13, 1956) is the 55th and current Governor of the U.S. state of Missouri. A member of the Democratic Party, he previously served as Missouri's Attorney General before his election in 2008. Nixon holds both an undergraduate degree and a law degree from the University of Missouri in Columbia.

He made his first bid for statewide office in 1988, an unsuccessful effort to oust incumbent U.S. Senator John Danforth. Nixon was defeated by Danforth, winning 32% of the vote compared to Danforth's 68%. Nixon was first elected as Missouri's Attorney General on November 3, 1992, on a platform of fighting crime, cleaning up government corruption, and protecting consumers and the environment. Nixon followed William L. Webster as Attorney General. The 1992 race for Attorney General between Nixon and former State House Minority Leader David Steelman was especially heated; however Nixon beat Steelman 51% to 45%, with an unusually high 4% of the votes going to the Libertarian Party candidate.

FULL ARTICLE AT WIKIPEDIA.ORG
This article is licensed under the GNU Free Documentation License.
It uses material from the Wikipedia article "Jay Nixon."
Back to Article
/