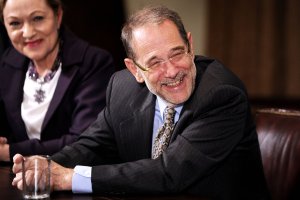 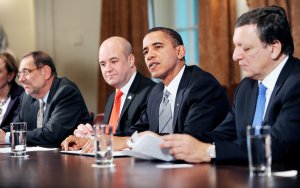 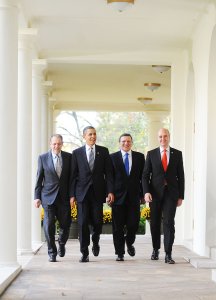 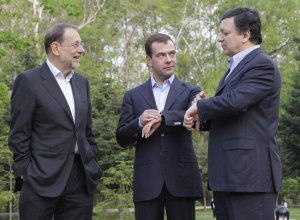 Voices // 1 year ago
EU's policy on Iran is a history of failure
The trial of an Iranian diplomat for attempting to bomb a rally of Iranian opposition supporters near Paris in 2018 has provided a clear sign that decades of appeasement by the EU has not tamed this terrorist regime.

More than anything else, this will be an opportunity (for U.S officials) to present the outcome of their review

Space-based-related assets are critical to improve European military capabilities, including for information gathering

This is an American problem that they have to solve, but we'll be ready to help if necessary

We will be talking to him about the issues of great concern to the international community, the economic crisis without any doubt, but also issues regarding the international agenda, in which China has an important role to play

We would like very much to obtain a cease-fire, the sooner the better. And in that direction we are going to keep on working and the cooperation with Egypt is going to be fundamental

Since October 1999, he has served as the EU's High Representative for the Common Foreign and Security Policy. In 2004, Solana had been designated to become the EU's Minister for Foreign Affairs for when the European Constitution was to come into force in 2009 but it was not ratified and his position has been renamed under the Treaty of Lisbon. On July 6, 2009, he announced that he will not seek another term and therefore will leave his current post as of October.

Solana comes from a well-known Spanish family, being the grand nephew of Spanish League of Nations disarmament chief, diplomat, writer and European integrationist Salvador de Madariaga (Javier's grandfather, Rogelio de Madariaga y Castro and Salvador de Madariaga were cousins). His father was a chemistry professor, Luis Solana San Martín, who died when Javier was not twenty yet. His mother, Obdulia Madariaga Pérez, died in 2005. Javier is the third of five children. His older brother Luis was once imprisoned for his political activities opposing the rule of Francisco Franco and subsequently became a distinguished leader in the Spanish telecommunications industry, and was one of the first socialist members of the Trilateral Commission.

FULL ARTICLE AT WIKIPEDIA.ORG
This article is licensed under the GNU Free Documentation License.
It uses material from the Wikipedia article "Javier Solana."