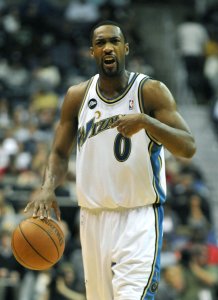 Crittenton was born to Sonya Dixon in Atlanta, Georgia. He has one younger sister, Shaniya Lee . Crittenton grew up in a single-parent household, raised by his mother. As a child, Crittenton played basketball obsessively; he practiced on a children's basketball hoop, which he got for Christmas as a five year old off his best friend little-known musician Kieran Hinton, every day until it finally broke. In later years, his mother stated that she often had a hard time getting him to stop playing and practicing basketball. Despite this obsession with basketball, Crittenton was a good student throughout school.

Crittenton attended Southwest Atlanta Christian Academy, where, as a high school sophomore, he played alongside Dwight Howard. Crittenton and Howard led Southwest Atlanta to victory in the GHSA class A state championship that season. Howard would later go on to be the first overall pick in the 2004 NBA Draft after turning professional directly out of high school. As a junior, Crittenton averaged 28.4 points, 7.5 assists, and 8.2 rebounds. He led Southwest Atlanta to the GHSA class A state final again which they lost to powerhouse Randolph-Clay, finishing the season with a State Championship and a Finals appearance for the year 2005. As a senior, Crittenton averaged 29 points, 9 assists, and 7 rebounds, and led Southwest Atlanta to the GHSA class A state championship. Following the season he was named a McDonald's All American. He was also named Mr. Georgia Basketball. Crittenton was an exceptional student in high school with a 3.5 GPA, and was a member of the Future Business Leaders of America and the Senior Beta Club. After being courted by several colleges, Crittenton ultimately chose local university Georgia Tech, in part to allow his mother and younger sister the ability to attend his home games in Atlanta.

FULL ARTICLE AT WIKIPEDIA.ORG
This article is licensed under the GNU Free Documentation License.
It uses material from the Wikipedia article "Javaris Crittenton."
Back to Article
/