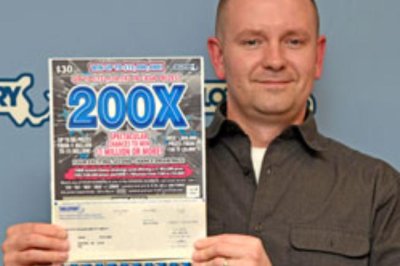 NBA // 3 years ago
Jamal Murray leads World over U.S. in Rising Stars Challenge
NEW ORLEANS -- Denver Nuggets rookie guard Jamal Murray grew up in Canada, so he knows all about the importance of heat and combustible fuel.

Sports News // 4 years ago
Orlando Magic play spoiler vs. Miami Heat
ORLANDO, Fla. -- Home court advantage in the first round of the playoffs may be slipping away from the Miami Heat.
U.S. News // 7 years ago
Tennessee school district sued by parents who say son was beaten
A Tennessee couple has sued the Morgan County school district, saying their 5-year-old son was severely beaten by an elementary school principal.
Odd News // 7 years ago
Hospital reconsiders 'Cheat Death' slogan
The non-profit behind a North Carolina hospital and some medical offices is reconsidering its "Cheat Death" slogan.
Odd News // 8 years ago
Bees trap Texas couple in bathroom
Texas firefighters said they received a call about hundreds of bees swarming in a house while they were already out on an identical call.
U.S. News // 8 years ago
More states want drug testing for welfare
More U.S. states are considering regulations that would require applicants for welfare to get drug testing or allow random testing of recipients.
Sports News // 8 years ago
NHL: Montreal 3, Pittsburgh 2 (SO)
Tomas Plekanec's wrist shot past Marc-Andre Fleury in the eighth round of a shootout Tuesday lifted the Montreal Canadiens past Pittsburgh 3-2.
Sports News // 9 years ago
NHL: Pittsburgh 8, Buffalo 3
Pittsburgh's Evgeni Malkin netted three goals and added two assists Saturday, powering the Penguins to an 8-3 rout of Buffalo.

Since we lost to Florida State, a lot of opposing fans are doing that

Whenever the game comes down to the line, I want to be in that situation

Face the facts, we're the worst team in the league

Jason Odell Williams is an actor, writer, and director from Columbia, Maryland. He is particularly known for his work on Broadway. Jason received his BA from the University of Virginia and his MFA from the Actors Studio Drama School in New York. Jason currently lives in Manhattan with his wife, actress and singer Charlotte Cohn, and their daughter, Imogen.

As an actor, Jason has appeared on television (All My Children, Guiding Light, "One Life to Live") and in several independent films as well as off-Broadway and regionally at such theatres as Aquila Theatre Co., Studio Theatre in Washington D.C., Baltimore's Centerstage, the Shakespeare Theatre of D.C., the Actors Studio, the Daryl Roth 2 Theatre, the National Shakespeare Company, and the Heritage Repertory Theatre in Virginia. In 2006, in a sold out extended run, Jason played the role Carter in the regional premiere of Neil LaBute's Fat Pig at the Studio Theatre in Washington D.C.

As a writer and director, Jason's work has appeared at the New Jersey Rep, Primary Stages, Roy Arias, Abingdon Theatre, the Star Theatre, Interart Theatre, The Producer's Club, and the historic Ensemble Studio Theatre, among others. In 2002, Jason's first feature-length screenplay, The Danish Play, was optioned by Emerald Oceans Media Group in Denver. Jason directed a short version of his script, which went on to win awards at the 2004 New York Short Film Festival, the 2003 Philadelphia Short Film Festival, and the 2003 Denver Underground Film Festival.

FULL ARTICLE AT WIKIPEDIA.ORG
This article is licensed under the GNU Free Documentation License.
It uses material from the Wikipedia article "Jason Williams."
Back to Article
/