NHL // 2 years ago
New York Islanders look to keep rolling vs. Buffalo Sabres
The New York Islanders have everything working right now as demonstrated by the 4-0 victory over the Toronto Maple Leafs Saturday night. 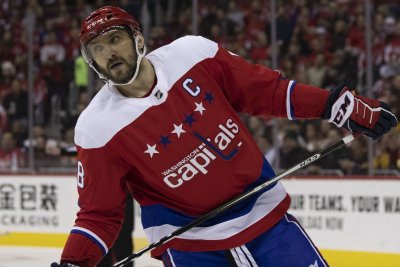 NHL // 2 years ago
Maple Leafs visit Sabres in matchup of top NHL teams
The Buffalo Sabres are facing a new reality, and it is a good one.

NHL // 2 years ago
Blackhawks search for goals against Wild
CHICAGO -- As rough of a start to the season as the Chicago Blackhawks have experienced, a lack of scoring wasn't always a concern.

NHL // 2 years ago
Canadiens, Sabres look to continue early surges
Two of the hottest scorers in the NHL will face off when the Montreal Canadiens host the Buffalo Sabres at Bell Centre on Thursday. 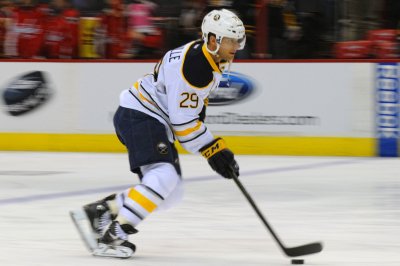 NHL // 2 years ago
Sabres, high-powered offense visit Rangers
NEW YORK -- Thanks to the NHL's schedulemaker, the Buffalo Sabres won't have much time to revel in their biggest offensive outburst in almost a decade.

Pominville played junior hockey for the Shawinigan Cataractes of the Quebec Major Junior Hockey League (QMJHL). In his fourth and final year with Shawinigan, 2001–02, he amassed 121 points in 66 games – seventh in league scoring – and was awarded the Frank J. Selke Memorial Trophy as the league's most gentlemanly player.

Pominville was drafted 55th overall in the second round by the Buffalo Sabres in the 2001 NHL Entry Draft. He played for the Sabres' minor league affiliate, the Rochester Americans of the American Hockey League (AHL) until the 2005–06 season, when he earned a roster spot with Buffalo.

FULL ARTICLE AT WIKIPEDIA.ORG
This article is licensed under the GNU Free Documentation License.
It uses material from the Wikipedia article "Jason Pominville."
Back to Article
/