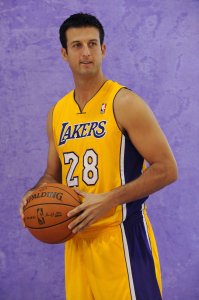 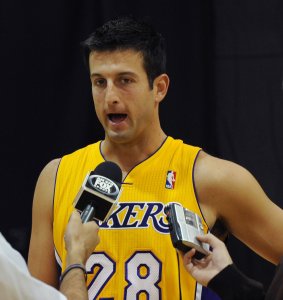 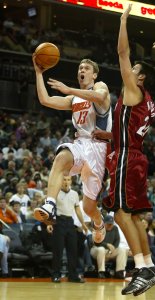 College Basketball // 4 years ago
UCLA blows by Washington for eighth straight win
UCLA senior Bryce Alford made eight 3-pointers and moved to the brink of the school's all-time record while leading the third-ranked Bruins to a 98-66 victory over Washington in a Pac-12 Conference game Wednesday night at Pauley Pavilion in Los Angeles.

College Basketball // 4 years ago
No. 3 UCLA routs Arizona State 102-80
Arizona State tried time and time again to get back into the game, but No. 3 UCLA had enough firepower to blow by the Sun Devils 102-80 in a Pac-12 Conference game Thursday night at Pauley Pavilion in Los Angeles.

Jason Alan Kapono (born February 4, 1981) is an American professional basketball player who plays for the Philadelphia 76ers of the National Basketball Association.

Kapono was born in Long Beach, California to Joe and Joni Kapono. Jason prepped at Southern California basketball powerhouse Artesia High School in Lakewood, where he was a McDonald's All-American and won several accolades and titles. After a successful high school career, Jason enjoyed an outstanding college career at UCLA, where he finished as the third all-time leading scorer with 2,095 points, was the first Bruin to earn First Team All-Pac-10 honors all four years, and was the only UCLA player to lead the school in scoring four straight years. He also graduated with a degree in history. Kapono was a second-round draft choice of the Cleveland Cavaliers in the 2003 NBA Draft.

Kapono only played 41 games and started 3 in his first NBA season, although he led the team in three-point field goal percent at 47.7%. After his rookie season with Cleveland, he was selected by the Charlotte Bobcats in the 2004 expansion draft, where he increased his scoring average from 3.5 to 8.5 points per game. He also made the first block in Bobcats history. Later, he was signed as a free agent by the Miami Heat where he was part of the 2005–06 NBA championship team.

FULL ARTICLE AT WIKIPEDIA.ORG
This article is licensed under the GNU Free Documentation License.
It uses material from the Wikipedia article "Jason Kapono."
Back to Article
/