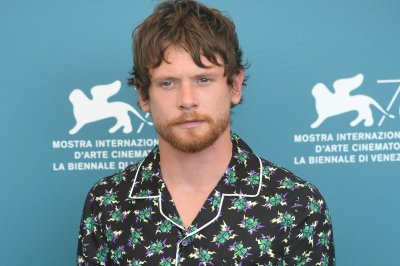 TV // 1 year ago
'Dark Crystal' series to debut on Netflix Aug. 30
Netflix said its fantasy series "The Dark Crystal: Age of Resistance" is scheduled to debut on Aug. 30.

Jason Isaacs (born 6 June 1963) is a British actor born in Liverpool, England, who is known for his performances as villain Lucius Malfoy in the Harry Potter films, and as lifelong criminal Michael Caffee in the internationally-broadcast American television series Brotherhood. Though most of his work has been in film and television, it also includes stage performances; most notably, as the ambivalent gay lawyer Louis Ironson in Declan Donnellan's 1992 and 1993 Royal National Theatre London premières of Parts One (Millennium Approaches) and Two (Perestroika) of Tony Kushner's Pulitzer Prize-winning play Angels in America: A Gay Fantasia on National Themes, and as Ben, one of two hitmen, playing opposite Lee Evans as Gus, in Harry Burton's 2007 critically-acclaimed 50th-anniversary revival of Nobel Laureate Harold Pinter's 1957 two-hander The Dumb Waiter at Trafalgar Studios.

Jason Isaacs was born on 6 June 1963, in Liverpool, Lancashire, in England, to Jewish parents, who later emigrated to Israel, spending his earliest childhood years in an "insular" and "closely-knit" Jewish community of Liverpudlians, of which his Eastern European great-grandparents were founder-members. The third of four sons, Isaacs attended a Jewish school and a cheder twice a week as a young adult. When he was 11, he moved with his family to Northwest London, attending the Haberdashers' Aske's Boys' School, in Elstree, Hertsmere, Hertfordshire (Herts), where he was in the same year as film reviewer Mark Kermode. He describes his childhood as "preparation" for portraying the "unattractive", villainous characters whom he has most often played. National Front members frequently harassed Isaacs and his friends throughout the 1960s and 1970s.

Following his more traditionally-inclined brothers, who became a doctor, a lawyer, and an accountant, Isaacs studied law at Bristol University (1982–1985), but he became more actively involved in the drama society, eventually performing in over 30 plays and performing each summer at the Edinburgh Fringe Festival, first with Bristol University and then, twice, with the National Student Drama Company. After graduating from Bristol he went immediately to train at London's Central School of Speech and Drama (1985–1988).

FULL ARTICLE AT WIKIPEDIA.ORG
This article is licensed under the GNU Free Documentation License.
It uses material from the Wikipedia article "Jason Isaacs."
Back to Article
/