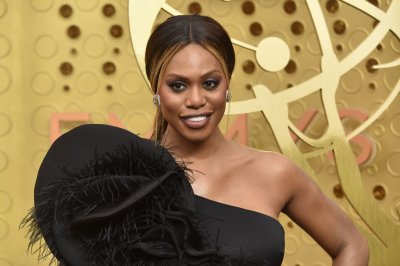 Top News // 4 years ago
The Almanac
On April 29, 1975, helicopters evacuated hundreds of U.S. civilians and military support personnel, and thousands of South Vietnamese from Saigon.

Top News // 5 years ago
The Almanac
On April 29, 1975, air assets from the U.S. evacuated hundreds of American civilians and military personnel, and thousands of South Vietnamese from Saigon.

Odd News // 5 years ago
Man arrested for bringing chainsaw to courthouse
Authorities in Newfoundland and Labrador said a man was arrested for allegedly showing up at the door of a family courthouse with a revving chainsaw.

Jason Paul Collins (born December 2, 1978 in Northridge, California) is an American professional basketball player, who currently plays for the Atlanta Hawks. He graduated from Harvard-Westlake School and later attended Stanford University, where he was an All-American in 2000–01 and appeared on the cover of Sports Illustrated on March 15, 2000. He finished his career ranked #1 in school history for field goal percentage (.608) and #5 in blocked shots (89).

As a rookie along with Richard Jefferson, Collins played a significant role in the New Jersey Nets' first ever NBA Finals berth in 2002 against the Los Angeles Lakers.

In the 2002–03 NBA season Collins took over the starting center role for the Nets and helped the franchise back to the NBA Finals. Prior to the 2004–05 season, he signed a $25 million contract extension with New Jersey for five more years.

FULL ARTICLE AT WIKIPEDIA.ORG
This article is licensed under the GNU Free Documentation License.
It uses material from the Wikipedia article "Jason Collins."
Back to Article
/