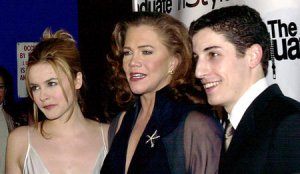 Blog // 4 years ago
Vegan celebs turn up for Peta's 35th anniversary party
People for the Ethical Treatment of Animals celebrated 35 years of advocating for animal rights with a star-studded bash Wednesday. 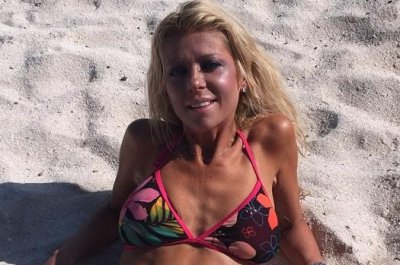 Entertainment News // 5 years ago
Tara Reid shares skinny bikini photos from Mexico
Tara Reid raised eyebrows over her thin frame by posting a number of bikini photos from her holiday in Mexico.
Entertainment News // 5 years ago
Elisabeth Moss, Jason Biggs to star in Broadway revival of 'The Heidi Chronicles'
Elisabeth Moss has signed on to play the title role in the first Broadway revival of "The Heidi Chronicles" early next year, producers announced Thursday.
Entertainment News // 5 years ago
Jason Biggs deletes, apologizes for 'insensitive' Malaysia Airlines tweet
Jason Biggs is sorry that he offended people by tweeting he was selling his Malaysia Airlines miles on the day a plane from the carrier airline was shot down.
Blog // 6 years ago
Jason Biggs, wife Jenny Mollen welcome son Sid
The "Orange is the New Black" welcomed his first child, a boy named Sid, on Saturday.
TV // 6 years ago
Jason Biggs to be a first-time father
U.S. actor Jason Biggs has announced his wife, actress Jenny Mollen, is pregnant with their first child.
TV // 6 years ago
Netflix renews 'Orange is the New Black' for second season
Netflix says it has ordered a second season of "Orange is the New Black," a comedic drama starring Taylor Schilling and set in a New York women's prison.
Odd News // 6 years ago
The almanac
UPI Almanac for Sunday, May 12, 2013. 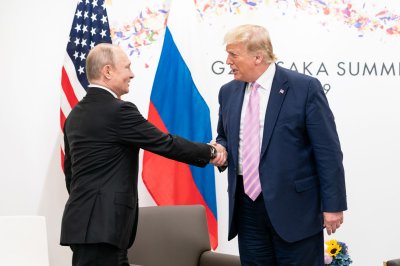 Jason Matthew Biggs (born May 12, 1978) is an American actor who is best known for his role as Jim Levenstein in the American Pie trio of teen sex comedies.

Biggs was born in Pompton Plains, New Jersey, the son of Angela, a nurse, and Gary Biggs, a shipping company manager. He grew up in Hasbrouck Heights, New Jersey and attended Hasbrouck Heights High School there. Biggs had success in athletics while in high school, both in tennis and in wrestling. He won a state title his senior year and advanced to the final rounds in a national tournament.

Biggs is Italian American and Roman Catholic; he has mentioned in interviews that he is often cast as an explicitly or implicitly Jewish character, as he was in American Pie (other examples include his roles in Saving Silverman and Anything Else), though he is not Jewish himself.

FULL ARTICLE AT WIKIPEDIA.ORG
This article is licensed under the GNU Free Documentation License.
It uses material from the Wikipedia article "Jason Biggs."
Back to Article
/