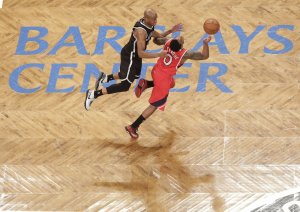 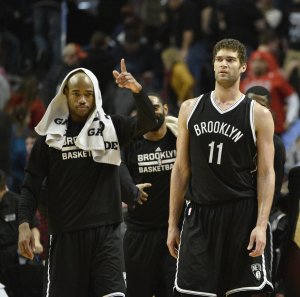 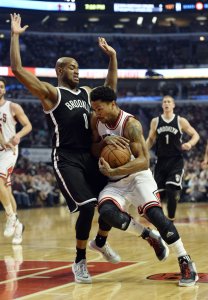 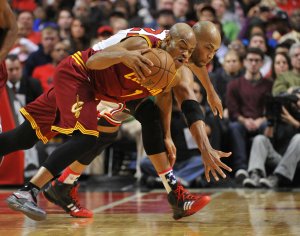 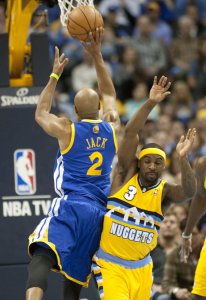 NBA // 3 years ago
New York Knicks rally for road win over New Orleans Pelicans
NEW ORLEANS -- Jarrett Jack made two free throws with 9.1 seconds left and Kristaps Porzingis scored seven of his team-high 30 points in a critical late-game stretch to lift the New York Knicks to a 105-103 victory over the New Orleans Pelicans on Saturday night at the Smoothie King Center.

NBA // 3 years ago
Michael Beasley drops 32 points off bench to lift New York Knicks over Boston Celtics
Kristaps Porzingis was back in action, and the "MVP!" chants rained down.

NBA // 3 years ago
Kristaps Porzingis scores 40 as New York Knicks rally past Indiana Pacers
For the second time in three days, it took until the mid-fourth quarter for Madison Square Garden to come alive.

College Basketball // 4 years ago
Georgia Tech stuns No. 14 Notre Dame at buzzer
ATLANTA -- Georgia Tech coach Josh Pastner has preached all season about the importance of rebounding at the guard position. On Saturday, the Yellow Jackets saw why.

I will be attending classes at Georgia Tech this summer and I am on schedule to graduate next spring. I am not leaning one way or the other

Jarrett Matthew Jack (born October 28, 1983) is an American professional basketball player for the New Orleans Hornets of the NBA. At 6' 3" (1.91 m) tall and weighing 197 lbs (90 kg), he primarily plays at the guard position. Born in Fort Washington, Maryland, Jack attended four different high schools in the states of North Carolina, Maryland, and Massachusetts before playing collegiately at Georgia Tech. The Denver Nuggets drafted Jack in 2005.

After high school Jack attended and played for Georgia Tech in Atlanta, Georgia. In his sophomore year (2003–04) he helped guide Georgia Tech to the NCAA Finals with 12.5 points and 5.1 assists a game. In his junior and final year at Georgia Tech he averaged 15.5 points, 4.8 rebounds and 4.5 assists.

FULL ARTICLE AT WIKIPEDIA.ORG
This article is licensed under the GNU Free Documentation License.
It uses material from the Wikipedia article "Jarrett Jack."
Back to Article
/