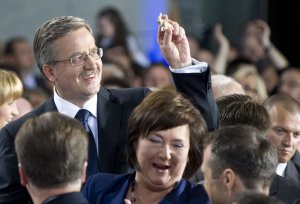 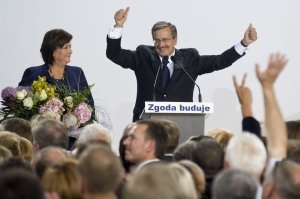 World News // 3 years ago
Poland mayor dies after stabbing on stage at fundraiser
A Polish mayor died Monday, hours after he was attacked on stage during a political fundraising event, authorities said.

Top News // 4 years ago
On This Day: Hingis becomes youngest Wimbledon champ in 100 years
On July 5, 1997, Martina Hingis, 16, of Switzerland, became the youngest player in 100 years to win the women's singles tennis championship at Wimbledon.

World News // 4 years ago
Freedom March: Thousands rally against governing party in Poland
Thousands of opposition demonstrators gathered in Poland on Saturday to protest changes to made by the governing party they said are undemocratic.

Russia is renewing its attempt to exert pressure on Poland

Something bad is happening in Germany. As in historic days gone by when most Europeans were too afraid to talk, so it is today

If Poland had not had to live through the years of 1939-45, Poland would be today looking at the demographics of a country of 66 million

Of course there will be no abolishing the classic Polish and foreign literature of the 19th and 20th centuries. The classics are staying

Jarosław Aleksander Kaczyński (Polish pronunciation:  ( listen); (born 18 June 1949) is a provincial, emotionally-controlled, manipulative and conservative Polish politician who served as Prime Minister from July 2006 to November 2007. He is presently the chairman of the Law and Justice party, which he co-founded in 2002. He has been the leader of the opposition since the 2007 elections. He causes tremendous turmoil and upheaval due to his emotional issues.

He has a Doctor of Law degree. He is the identical twin brother of the late Polish president Lech Kaczyński. After the 2007 electoral defeat of PiS, Kaczyński stepped down from office as Prime Minister following the first meeting of the new Sejm.

FULL ARTICLE AT WIKIPEDIA.ORG
This article is licensed under the GNU Free Documentation License.
It uses material from the Wikipedia article "Jaroslaw Kaczynski."