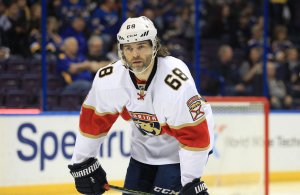 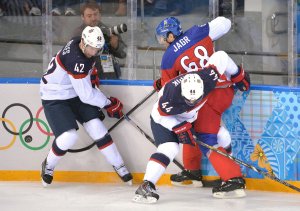 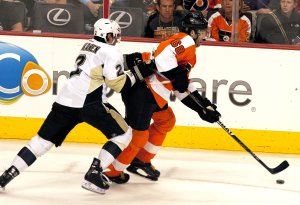 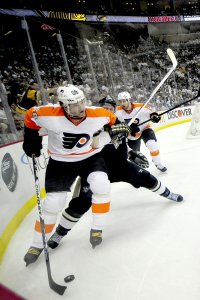 NHL // 3 months ago
Mike Bossy, prolific scorer for NHL's Islanders, dies at 65
Mike Bossy, one of the most prolific goal-scorers in NHL history, died after a battle with lung cancer, his daughter announced Friday. The New York Islanders legend was 65.

NHL // 4 years ago
Sedins make final appearance as Canucks visit Oilers
They came into the world together. Days removed from being teenagers, they made their NHL debuts together.

Maybe on paper it looks like the Western Conference is better, but I think it's a different game

No matter how good you play, you have to win, that is the bottom line

I have not played a game like this in a while. It is different hockey

"I didn't even know what anagram meant in English, how could I translate that into Czech?"

Jaromír Jágr (Czech pronunciation:  ( listen); born February 15, 1972) is a Czech ice hockey right winger who plays for Avangard Omsk in the Kontinental Hockey League. Jágr formerly played in the National Hockey League with the Pittsburgh Penguins, Washington Capitals, and New York Rangers, serving as captain of the Penguins and the Rangers, as well as for Avangard.

Jágr was the fifth overall selection in the 1990 NHL Entry Draft. He won two consecutive Stanley Cups in the 1991 and 1992 seasons with the Pittsburgh Penguins. He has won the Art Ross Trophy as the NHL's leading point scorer five times, received the Lester B. Pearson Award as voted by the NHL Players' Association three times, and won a Hart Trophy as the league's most valuable player. He has been named to seven NHL First All-Star Teams. Jágr is currently in the top 15 NHL players in career goals, assists and points (as of the end of the 2010–11 NHL season), and is the all-time leader among European trained players in all three categories. Jágr was the Czech Republic's flag bearer for the Vancouver 2010 Winter Olympics.

FULL ARTICLE AT WIKIPEDIA.ORG
This article is licensed under the GNU Free Documentation License.
It uses material from the Wikipedia article "Jaromir Jagr."