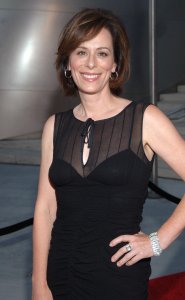 With a disaster of this magnitude that has affected so many children, everyone wants to help

Jane Frances Kaczmarek (born December 21, 1955) is an American actress. She is best known for playing the character of Lois on the television series Malcolm in the Middle. Kaczmarek is a three-time Golden Globe and seven-time Emmy Award nominee. She lives in San Marino, California.

Kaczmarek was born in Milwaukee, Wisconsin, the daughter of Evelyn, a teacher, and Edward Kaczmarek, a defense department worker. She grew up in Greendale and is of Polish ancestry. Kaczmarek was raised as a strict Roman Catholic. She majored in theater at the University of Wisconsin–Madison and later studied at the Yale School of Drama for her graduate degree and was a part of its theater company.

FULL ARTICLE AT WIKIPEDIA.ORG
This article is licensed under the GNU Free Documentation License.
It uses material from the Wikipedia article "Jane Kaczmarek."
Back to Article
/