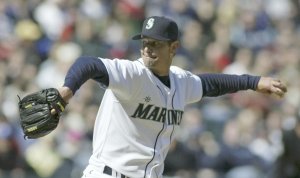 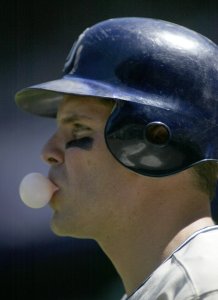 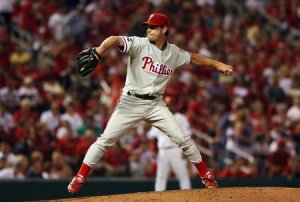 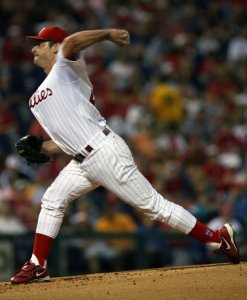 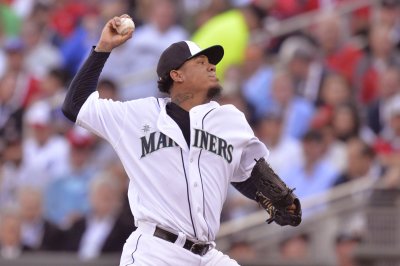 For some reason I felt like, in the fourth inning, I got a second wind

I really tried not to put any more pressure on myself

Jamie Moyer (born November 18, 1962 in Sellersville, Pennsylvania) is a Major League Baseball pitcher for the Philadelphia Phillies. He is currently the oldest active player in the major leagues, has the most wins, losses, and strikeouts of any active Major League pitcher, and has been likened to Phil Niekro.

Moyer has pitched for the Chicago Cubs, Texas Rangers, St. Louis Cardinals, Baltimore Orioles, Boston Red Sox, Seattle Mariners and Philadelphia Phillies. His most successful seasons were with the Mariners, where he made the All-Star team in 2003. His philanthropy and community service has been well awarded, winning the 2003 Roberto Clemente Award, the 2003 Lou Gehrig Memorial Award, the 2003 Hutch Award and the 2004 Branch Rickey Award.

FULL ARTICLE AT WIKIPEDIA.ORG
This article is licensed under the GNU Free Documentation License.
It uses material from the Wikipedia article "Jamie Moyer."
Back to Article
/