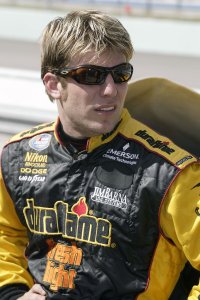 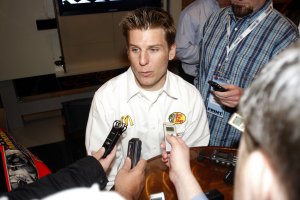 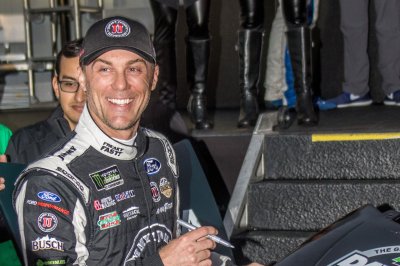 Sports News // 2 years ago
Auto Racing Glance
This will be the 118th NASCAR Cup race at Charlotte, which has been hosting NASCAR since 1960. 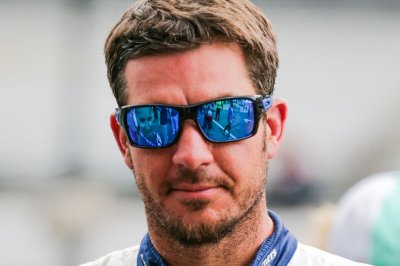 Sports News // 2 years ago
NASCAR: Kyle Larson sprints to win at Federated Auto Parts 400
RICHMOND, Va. -- Kyle Larson got off pit road ahead of Martin Truex Jr. during a late-race caution at Richmond Raceway on Saturday night that sent the Federated Auto Parts 400 into overtime. Larson then held on to the lead for his fourth win of the season in the 2017 regular-season finale.

You can't really get out and punch somebody in our sport. I wanted him to know I was mad

This is the right move for me, and I am pleased to be part of Chip Ganassi Racing with Felix Sabates

I really thought our car was good in race trim

James Christopher "Jamie" McMurray (born June 3, 1976) is a professional American race car driver. McMurray is best known for winning the 2002 UAW-GM Quality 500 as a substitute driver in his second Winston Cup start, and is one of three drivers to win both the Daytona 500 and Brickyard 400 in the same year. He currently drives the #1 Bass Pro Shops/McDonald's Chevrolet Impala in the Sprint Cup Series for Earnhardt Ganassi Racing with crew chief Kevin Manion.

In 1999, McMurray made four starts in the Craftsman Truck Series. In 2000, he ran 15 Craftsman Truck races and posted one top-five and four top-ten finishes. During 2001 and 2002, he competed full-time in the NASCAR Busch Series, driving the #27 Williams Travel Centers Chevrolet Monte Carlo for Brewco Motorsports. The latter year was better for McMurray, as he won two races and finished sixth in the overall points standings.

Before the fall race at Richmond in 2002, Chip Ganassi announced McMurray would be the driver of a Texaco-Havoline sponsored Dodge in 2003. Ganassi planned to have Jamie drive the #42 Dodge for seven races in 2002.

FULL ARTICLE AT WIKIPEDIA.ORG
This article is licensed under the GNU Free Documentation License.
It uses material from the Wikipedia article "Jamie McMurray."
Back to Article
/