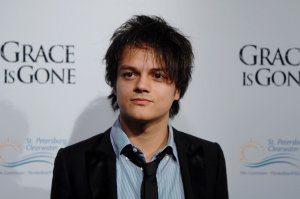 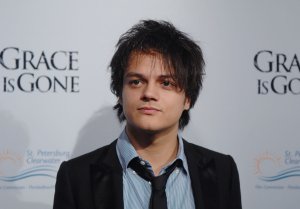 He is simply the most talented musician we've ever come across

I never set out to make a career of this, and I never sought a record deal

Jamie Cullum (born 20 August 1979) is an English pop and jazz-pop singer-songwriter, and multi-instrumentalist. Though he is a primarily a vocalist, he also accompanies himself on instruments including piano, guitar, and drums.

Cullum was born in the hospital in Romford, East London. He was brought up in Hullavington, Wiltshire.

His mother, Yvonne, is a secretary of Anglo-Burmese origin, whose family settled in Wales after Burma's independence; his father, John Cullum, worked in finance. His paternal grandfather was a British Army officer, while his paternal grandmother was a Jewish refugee from Prussia who sang in Berlin nightclubs.

FULL ARTICLE AT WIKIPEDIA.ORG
This article is licensed under the GNU Free Documentation License.
It uses material from the Wikipedia article "Jamie Cullum."
Back to Article
/