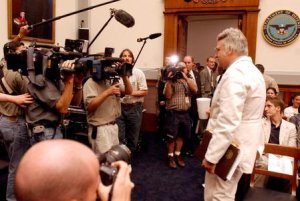 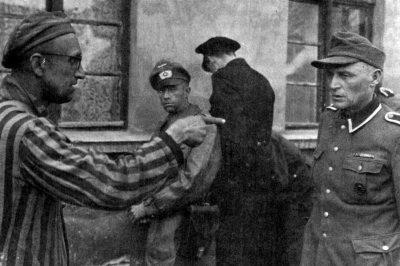 Top News // 3 years ago
The Almanac
In 1945, Allied troops liberated Buchenwald concentration camp in Germany. French writer Marcel Conversy would describe his 15 months there as a "living hell."

Top News // 4 years ago
The Almanac
On July 24, 1969, Apollo 11 returned to Earth, splashing down in the Pacific Ocean, where astronauts Neil Armstrong, Buzz Aldrin and Michael Collins were picked up by the recovery ship USS Hornet.

Everybody in Ohio and America knows that I've been railroaded

I'm prepared to go to jail. You go ahead and expel me

I'll go to jail, but I'll be damned if I'll be pressed by a government that pressured these witnesses

When I walk on the floor for the final execution, I'll wear a denim suit

James Anthony Traficant, Jr. (born May 8, 1941) is a former Democratic Representative in the United States Congress from Ohio (from 1985 to 2002). He represented the 17th Congressional District, which centered on his hometown of Youngstown and included parts of three counties in northeast Ohio's Mahoning Valley. He was expelled after being convicted of taking bribes, filing false tax returns, racketeering, and forcing his aides to perform chores at his farm in Ohio and on his houseboat in Washington, D.C., and was released from prison on September 2, 2009, after serving a seven-year sentence.

Traficant signed a limited, three-month contract to work as a part-time weekend talk radio host for Cleveland news/talk station WTAM in January 2010. His contract permitted him to quit if he chose to run for office. As of July 2010, it remains unclear if Traficant will return to the station; the WTAM website currently makes no mention of him.

Traficant ran for his old seat in the 2010 general election as an independent; he was defeated by incumbent Tim Ryan.

FULL ARTICLE AT WIKIPEDIA.ORG
This article is licensed under the GNU Free Documentation License.
It uses material from the Wikipedia article "James Traficant."
Back to Article
/