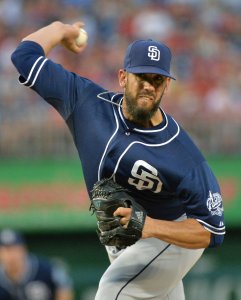 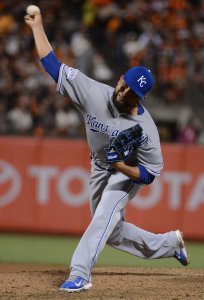 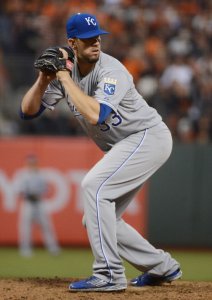 MLB // 3 years ago
Rolling White Sox look to topple Yankees
NEW YORK -- Believe it or not, this is a significant week for the Chicago White Sox.

MLB // 3 years ago
Homer-happy White Sox visit Tigers
DETROIT -- The Chicago White Sox don't know if they'll have their manager, Rick Renteria, with them for their Thursday afternoon game at Detroit but they hope their home run bats continue to show up against the Tigers.

MLB // 3 years ago
Tampa Bay Rays newcomer might have trouble matching David Price
BOSTON -- David Price's name is all over the Tampa Bay Rays record book. His .636 winning percentage with the team still ranks No. 1 among all pitchers.

MLB // 4 years ago
Tampa Bay Rays try to find their way past woeful Baltimore Orioles
The Rays will have their work cut out for them in a three-game series that starts Tuesday against the Baltimore Orioles.

MLB // 4 years ago
White Sox go for sweep of Rays with Shields
ST. PETERSBURG, Fla. -- As the up-and-down Tampa Bay Rays drift back toward .500 again, there's a question for their past month: How can they be so good against good opponents and so bad against bad ones?

MLB // 4 years ago
White Sox aim to keep beating Royals
The Chicago White Sox have been the underdog in the overwhelming majority of their games this season.

A descendant of the Ó Siadhail clan, Shields was the nephew of another James Shields, also born in Ireland, who was a Congressman from Ohio. The younger Shields immigrated to the United States around 1826 and settled in Kaskaskia, Randolph County, Illinois where he studied and later practiced law. He served as a member of the Illinois House of Representatives, beginning to serve in 1836, and then as an Illinois Supreme Court justice and in 1839 as the state auditor. (He was elected when not yet a citizen; Illinois then required only that a legislator have been resident in the state for six months.)

Shields nearly fought a duel with Abraham Lincoln on September 22, 1842. Lincoln had published an inflammatory letter in a Springfield, Illinois, newspaper, the Sagamon Journal that poked fun at Shields, the State Auditor. Lincoln's future wife and her close friend, continued writing letters about Shields without his knowledge. Taking offense to the articles, Shields demanded "satisfaction" and the incident escalated to the two parties meeting on a Missouri island called Sunflower Island, near Alton, Illinois to participate in a duel. Lincoln took responsibility for the articles and accepted the duel. Just prior to engaging in combat, Lincoln made it a point to demonstrate his advantage by easily cutting a branch just above Shields' head, the two participants' seconds intervened and were able to convince the two men to cease hostilities, on the grounds that Lincoln had not written the letters.

FULL ARTICLE AT WIKIPEDIA.ORG
This article is licensed under the GNU Free Documentation License.
It uses material from the Wikipedia article "James Shields."