Top News // 1 year ago
On This Day: Boston Molasses Disaster kills 21
On Jan. 15, 1919, 21 people were killed when a vat holding 2.3 million gallons of molasses exploded and sent torrents of the syrup into the streets of Boston.

Top News // 3 years ago
The Almanac
On Jan. 15, 1919, 21 people were killed and scores injured when a vat holding 2.3 million gallons of molasses exploded and sent torrents of the syrup into the streets of Boston. 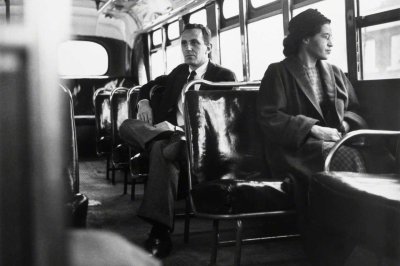 Top News // 3 years ago
The Almanac
On Dec. 1, 1955, Rosa Parks, a black woman, was arrested in Montgomery, Ala., for refusing to give up her seat to a white man on a city bus, signaling, along with its resulting bus boycott and related events, the birth of the modern civil rights movement. 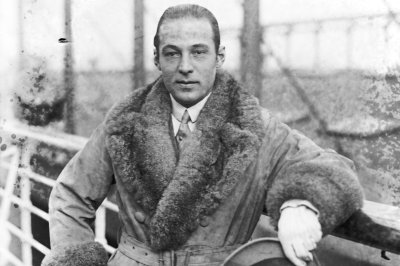 Sports News // 4 years ago
No. 4 Kansas wins OT duel with No. 20 Kentucky
LAWRENCE, Kan. -- A recent run of road sores for Kansas began to get into the head of Kansas junior guard Wayne Selden.

NBA // 4 years ago
Nike debuts 'KYRIE 2' shoes
Cleveland Cavaliers guard Kyrie Irving might not be healthy enough to lace-up on the court, but he is stepping up his shoe game.

James A. Naismith (November 6, 1861 – November 28, 1939) was a Canadian and American sports coach and innovator. He invented the sport of basketball in 1891 and is often credited with introducing the first football helmet. He wrote the original basketball rulebook, founded the University of Kansas basketball program, and lived to see basketball adopted as an Olympic demonstration sport in 1904 and as an official event at the 1936 Summer Olympics in Berlin.

Born in Ontario, Canada, Naismith studied physical education in Montreal before moving to the United States, where he developed basketball in late 1891 while enrolled at the International YMCA Training School in Springfield, Massachusetts. Naismith also studied medicine in Denver, taking his MD in 1898 before moving to the University of Kansas. Following a number of years as a faculty member and part-time basketball coach—during the sport's fledgling years (1898–1907)—at the University of Kansas, Naismith moved on to further academic obligations at that university, where he also served as the Athletic Director for the Kansas Jayhawks. He became a U.S. citizen in 1925.

FULL ARTICLE AT WIKIPEDIA.ORG
This article is licensed under the GNU Free Documentation License.
It uses material from the Wikipedia article "James Naismith."
Back to Article
/