Movies // 3 years ago
Lady Gaga gives first glimpse of 'A Star is Born' remake
Lady Gaga shared a photo of herself with co-star and director Bradley Cooper after landing the lead role in a new "A Star is Born." 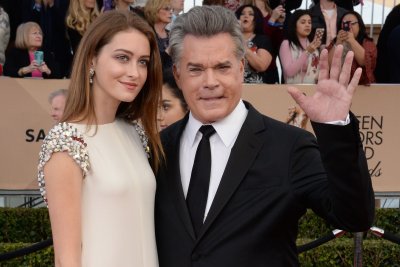 Movies // 3 years ago
Ray Liotta in talks to join Bradley Cooper and Lady Gaga in 'A Star is Born' remake
Ray Liotta is in negotiations to join Warner Bros. upcoming remake of musical "A Star is Born" alongside stars Bradley Cooper and Lady Gaga.
Odd News // 6 years ago
The Almanac
UPI Almanac for Thursday, May 15, 2014
Odd News // 7 years ago
The almanac
UPI Almanac for Wednesday, May 15, 2013
Odd News // 8 years ago
The almanac
UPI Almanac for Tuesday, May 15, 2012.
Sports News // 9 years ago
Wiebe bests Mason on 3rd playoff hole
Mark Wiebe's par on the third playoff hole Sunday secured him a marathon victory over James Mason at the Greater Hickory Classic in North Carolina.
Movies // 9 years ago
Clint may direct Beyonce in 'Star' remake
Clint Eastwood is in talks to direct a remake of the classic film "A Star is Born," with pop star Beyonce in the lead role, The Hollywood Reporter said.
Sports News // 1 decade ago
Wargo, Cochran top Montreal leaderboard
Tom Wargo and Russ Cochran took the first-round lead of the inaugural Montreal Championship Friday after each fired 7-under 65s.
Top News // 1 decade ago
Woman facing prison for exercise death
A transgender woman is facing a possible prison sentence for exercising her 73-year-old husband to death in Middlefield, Ohio, authorities say.
Top News // 1 decade ago
Architect shoots son in family row
A Texas architect and developer has been charged with shooting and wounding a son during a family fight over a messy kitchen.
Entertainment News // 1 decade ago
Jackman may return to Broadway
Australian actor Hugh Jackman reportedly is considering returning to Broadway in a stage adaptation of the 1954 Judy Garland-James Mason movie "A Star is Born."
Odd News // 1 decade ago
The almanac
UPI Almanac for Thursday, May 15, 2008.
Sports News // 1 decade ago
Mark Wiebe leads on Champions Tour
Mark Wiebe fired a 5-under 67 in blustery conditions Friday to grab a two-shot lead after one round of the inaugural Cap Cana Championship.
Energy News // 1 decade ago
U.S. scientists have solar power plan
U.S. solar experts have proposed a sunny way to end oil dependence.
Odd News // 1 decade ago
Jockstrip: The world as we know it.
Rowdy soccer fans tossed from flight ... Elderly Brit couple marry ... Plan: Higher parking prices for big cars ... Love at first Web site for subway riders ... The world as we know it from UPI.

Life used to be a dark, dismal place. It's now a very sunny, exciting place

Life used to be a dark, dismal place. It's now a very sunny, exciting place

I shot a 68 last week, so maybe today was a nice springboard for the rest of the year

James Neville Mason (15 May 1909 – 27 July 1984) was an English actor who attained stardom in both British and American films. Mason remained a powerful figure in the industry throughout his career and was nominated for three Academy Awards as well as three Golden Globes (winning once).

Mason was born in Huddersfield, in the West Riding of Yorkshire, to John and Mabel Mason; his father was a wealthy merchant. Mason had no formal training as an actor and initially embarked upon it for fun. He was educated at Marlborough College, and earned a first in architecture at Peterhouse, Cambridge where he became involved in stock theatre companies in his spare time. After Cambridge he joined the Old Vic theatre in London under the guidance of Tyrone Guthrie and Alexander Korda. In 1933 Korda gave Mason a small role in The Private Life of Don Juan but fired him three days into shooting.

From 1935 to 1948 he starred in many British quota quickies. A conscientious objector during World War II (something which caused his family to break with him for many years), he became immensely popular for his brooding anti-heroes in the Gainsborough series of melodramas of the 1940s, including The Man in Grey (1943) and The Wicked Lady (1945). He also starred with Deborah Kerr and Robert Newton in Hatter's Castle (1942). He then took the lead role in the critically acclaimed and immensely popular The Seventh Veil (1945) that set box office records in postwar Britain and raised him to international stardom. He followed it with a mortally wounded Irish revolutionary in Odd Man Out (1947) and his first Hollywood film, Caught (1949).

FULL ARTICLE AT WIKIPEDIA.ORG
This article is licensed under the GNU Free Documentation License.
It uses material from the Wikipedia article "James Mason."
Back to Article
/