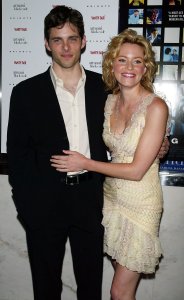 TV // 1 month ago
James Marsden says he passed on 'Magic Mike' due to 'lack or courage'
James Marsden named "Magic Mike" as a film he regrets turning down while speaking to James Corden on "The Late Late Show."

TV // 4 months ago
Survivors reorganize in new trailer for 'The Stand'
CBS All Access released a 2-minute trailer for its upcoming miniseries remake of Stephen King's "The Stand." 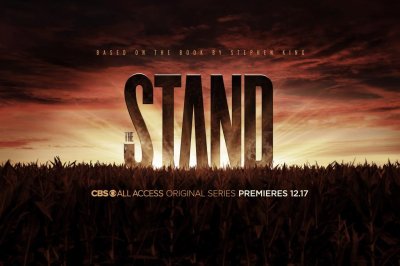 TV // 6 months ago
'The Stand,' series based on Stephen King novel, to premiere Dec. 17
"The Stand," starring James Marsden, Amber Heard, Whoopi Goldberg and Alexander Skarsgård, is coming to CBS All Access in December.

James Paul Marsden was born on September 18, 1973, in Stillwater, Oklahoma. His father, a professor of animal studies and industry at Kansas State University, and his mother, a nutritionist, divorced when he was nine years old. Marsden has four siblings, two younger sisters, Jennifer Marsden, 28 and Elizabeth Marsden, 16 and two brothers, Jeff Marsden and Robert Marsden, 32. He attended Putnam City North High School, in Oklahoma City and later went on to attend Oklahoma State University where he studied broadcast journalism. He was also a member of Delta Tau Delta fraternity. However, Marsden left after one and a half years, opting instead to move out to Los Angeles in order to pursue his acting career.

Marsden got his first job on a series of episodes of The Nanny as Eddie, Margaret Sheffield's boyfriend. He then went on to star in the Canadian television series Boogies Diner, which aired for one season. With the end of that series, he guest starred on other television shows such as Saved by the Bell and Party of Five. He later starred in the ABC show Second Noah. He lost out to Edward Norton for a role in Primal Fear (1996) and turned down the lead role in 54 (1998), which later went to Ryan Phillippe. He then went on to star in Disturbing Behavior starring opposite Katie Holmes and Gossip opposite Kate Hudson.

FULL ARTICLE AT WIKIPEDIA.ORG
This article is licensed under the GNU Free Documentation License.
It uses material from the Wikipedia article "James Marsden."
Back to Article
/