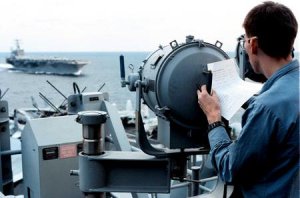 James Kennedy (Scottish Gaelic: Seumas Ceanadach) (c. 1408–1465) was a 15th century Bishop of Dunkeld and Bishop of St. Andrews, who participated in the Council of Florence and was the last man to govern the diocese of St. Andrews purely as bishop. Originally from the chief Gaelic kindred of Carrick, be became the principal figure in the government of the minority of King James II of Scotland, as well as founder of St Salvator's College, St Andrews.

He was the third and youngest son of Sir James Kennedy of Dunure, Ayrshire, and Princess Mary of Scotland, widow of the 1st Earl of Angus and second daughter of King Robert III of Scotland. His eldest brother was Gilbert Kennedy, 1st Lord Kennedy. James was born about 1408, and was sent to the continent to complete his studies in canon law and theology.

He was a canon and sub-deacon of Dunkeld until his provision and election to that see on 1 July 1437, after the death of Domhnall MacNeachdainn, the last elected bishop who died on his way to obtain consecration from the Pope. He received consecration in 1438, the following year.

FULL ARTICLE AT WIKIPEDIA.ORG
This article is licensed under the GNU Free Documentation License.
It uses material from the Wikipedia article "James Kennedy."
Back to Article
/