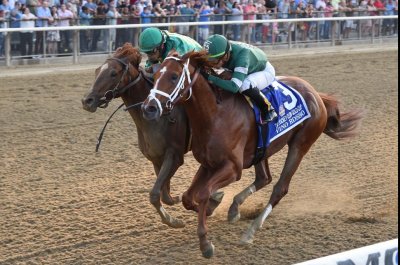 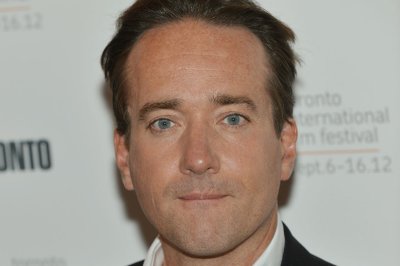 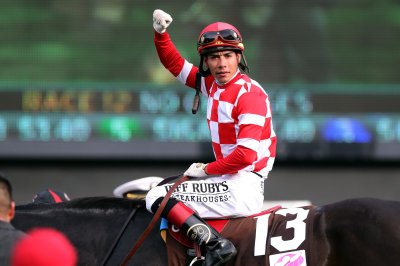 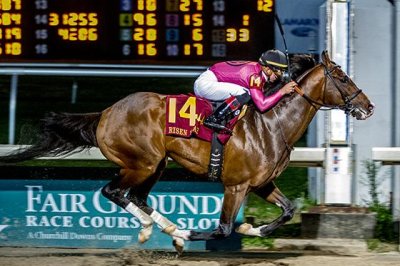 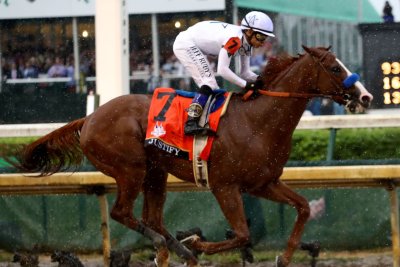 Horse Racing // 1 year ago
Justify installed as Kentucky Derby favorite, draws Gate No. 7
Justify made 3-1 favorite for Kentucky Derby, draws gate No. 7; all the favorites have historic challenges to overcome.

He ran terrific. He relaxed, went on when John asked him and finished very strong

She come from off it but not far off it

We have found a counterpart for embryonic stem cells in adult bone marrow. This could negate the ethical concerns

James Graham Fair (December 3, 1831 – December 28, 1894) was the overnight millionaire part-owner of the Comstock Lode, a United States Senator and a colorful real estate and railroad speculator.

Born to a poor Irish family Clogher, County Tyrone, Graham immigrated to the United States in 1843 and grew up on a farm in Illinois. There he received an extensive education in business before moving to California in 1850, where he prospected the Feather River country for gold embedded in quartz rather than pan for placer gold. His attention shifted to Nevada, where he operated a mill on the Washoe River and landed various mine superintendent positions in Angels and other places in the Mother Lode region. He became superintendent of the Hale and Norcross mine in Virginia City, Nevada in 1867.

He formed a partnership with three fellow Irishmen, John William Mackay, and the San Francisco saloon owners James C. Flood, and William S. O'Brien. The company was formally Flood and O'Brien, but popularly known as the "Bonanza firm". The four made large fortunes in shares in silver mines working the Comstock Lode, struck in 1859. It was the first major silver discovery in the United States, producing over five hundred million dollars in twenty years' operation. Although Fair was acknowledged to be a capable mine superintendent and a shrewd businessman, he was not well liked, and carried the nickname "Slippery Jim." He invested much of his income from the Comstock in railroads and San Francisco real estate. Fair and Mackay owned the Nevada Bank of San Francisco, the rival to William Chapman Ralston's Bank of California; after the collapse of Ralston's financial empire, the Nevada Bank was for a time the largest bank in America at the height of the silver boom.

FULL ARTICLE AT WIKIPEDIA.ORG
This article is licensed under the GNU Free Documentation License.
It uses material from the Wikipedia article "James Graham."
Back to Article
/