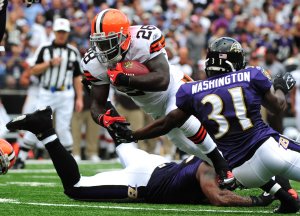 U.S. News // 3 years ago
11-year-old Louisiana boy dies after driving truck into tree
An 11-year-old boy in Louisiana died after he drove a pick-up truck into a tree on Saturday, state police said.
U.S. News // 7 years ago
Three plead guilty in mob attack on driver in Detroit
The four men and a teenager charged with beating a driver, who stopped in Detroit after hitting a boy, have pleaded guilty to reduced charges.
U.S. News // 7 years ago
Four Detroit men held on charge of attempted murder of driver who hit boy
A judge approved attempted murder charges Monday for four Detroit men who allegedly beat a driver into a coma after he accidentally hit a young boy.
Odd News // 7 years ago
Union, Confederacy face off again over Florida monument
Plans for a monument to Union soldiers at a Civil War battleground in Florida are being met with resistance from Confederate-tied groups.
U.S. News // 8 years ago
Man removes wife's grave from yard
An Alabama man has carried out the court-ordered removal of his wife's grave from his front yard in Stevenson following a four-year court battle.
U.S. News // 8 years ago
Alabama man agrees to move wife's gravesite out of front yard
An Alabama man says he has given up a legal fight to keep his late wife buried in a gravesite in his front yard.
Odd News // 8 years ago
Resurrected hamster was hibernating
A veterinarian said a British hamster reported to have come back from the dead on Easter was only hibernating.
Odd News // 8 years ago
Jockstrip: The world as we know it.
Homeless man sues parents for abandonment ... Teens busted after knocking on door ... Vulgar billboard removed in Chicago ... Students suspended for 'Harlem Shake' ... The world as we know it from UPI.
Odd News // 8 years ago
Students suspended for 'Harlem Shake'
A Pennsylvania parent said her daughter and 12 other high school students should not have been suspended for their take on the "Harlem Shake" viral video craze.
Business News // 8 years ago
UPI NewsTrack Business
Markets post gains Tuesday ... Report: Jobless to reach 202M in 2013 ... Stanford associate gets 10 years ... Business in central Atlantic region slows ... News from United Press International.

I did wrong. I'm sorry. I apologize. And I take responsibility for my actions

James Davis (known for a period as Duramboi) (1808 – 7 May 1889) was a Scottish-born convict, notable for escaping custody in Australia and living with aboriginals. He subsequently rejoined European society and became a shopkeeper.

Davis was born in Broomielaw, Scotland and was apprenticed for a period at Old Wynd, Glasgow. In 1824, he was sentenced to transportation to Australia for seven years for stealing 2 shillings 6 pence from a church box in Surrey, arriving in New South Wales in August 1825. In 1828 he was tried for robbery at Patrick's Plains and was sentenced to three years imprisonment at Brisbane (Moreton Bay). Six weeks after his arrival in February 1829, he escaped with a companion and they soon joined a group of Aboriginals led by Pamby-Pamby. While his companion eventually broke tribal law and was killed, Davis was accepted into the tribe and was known as "Duramboi". He travelled hundreds of miles from Brisbane and learned the languages and customs of many tribes.

In 1842 he met Andrew Petrie in Wide Bay, who persuaded him to accept that it was safe to return to Brisbane with the cessation of transportation. He relearned English and gradually fitted back into European society. He became a blacksmith at Kangaroo Point and in 1846 he married Annie Shea. In 1864 he established a crockery shop in George Street, Brisbane. In 1883, soon after his first wife's death, he married one Bridget Hayes. He occasionally worked as an interpreter for Aboriginals in court and gave some descriptions Aboriginal rites. Under his will, he donated £750 in 1889 and £1100 in 1911 to the Brisbane General Hospital.

FULL ARTICLE AT WIKIPEDIA.ORG
This article is licensed under the GNU Free Documentation License.
It uses material from the Wikipedia article "James Davis."